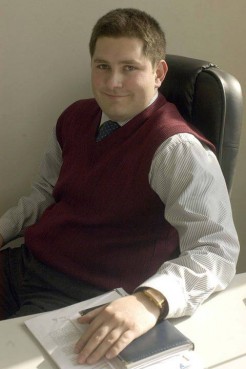 TBILISI, DFWatch–Filing a lawsuit with the courts in Tbilisi might mean a long wait, due to a lack of judges and resources.

People who file lawsuits in the Georgian capital might have to wait for years to see their case reach a conclusion. You might think it would be enough with 28 judges assigned to civil cases, but each of them get an average of 800 cases per year — more than they can process.

Further compounding the problem is the fact that there are not enough courtrooms to handle civil disputes. The lack of resources may cause a lawsuit to be delayed for several years, inflicting so much financial losses on the parties that it defeats the purpose of the lawsuit.

One of the promises made by the ruling Georgian dream coalition in 2012 was to ‘restore justice’, by which they meant primarily solving property disputes. After the coalition won, many entrepreneurs and businessmen filed lawsuits, hoping to get their cases heard, but in vain.

The current 28 judges who handle lawsuits in Tbilisi will soon have ten new colleagues on the civil panel, but 21 positions on the panel will remain vacant, because the high Council of Justice has been unable to find qualified candidates. In total, only 44 new judge positions will be filled, out of a total of 65. The new judges will begin working from July 25. After that, the Council will begin considering when to start the second round of selection of new judges.

DFWatch spoke to lawyers about the situation, and they told us that there are so many civil lawsuits now that even after the new judges begin working, the number of postponed cases will be significant, a situation which is bound to cause disappointment for thousands of people.

In the previous five years, Tbilisi City Court number of completed and postponed cases were as follows: 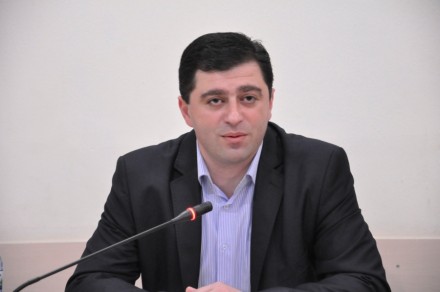 Mamuka Akhvlediani, a former member of the High Council of Justice.

There are currently more than 15,000 pending cases, and together with the postponed cases from the past, each judge has from 600 to 800 cases to process.

Georgian law sets a five-month term for completing civil lawsuits, and two months for simple cases, but every lawsuit has been delayed, and some for several years.

“When we are talking about having effective justice, this requires trust, but if the justice system is not high quality and fast, there will be no trust. This is a matter to think about for the court’s administration,” lawyer Irakli Kandashvili told us. He is a member of the executive council of Georgia’s Bar Association. He thinks the number of judges should be even higher.

He says that 50% of civil lawsuits in Georgia are filed in the capital, and 70% of complicated cases are also in Tbilisi; this is why civil lawsuits are taking so much time here, compared to other cities and towns.

He explained to us that no matter how qualified the judge is, he or she won’t be able to complete the case while maintaining high standards. It’s simply impossible when a judge has around 700 cases to handle per year.

“This is damaging for the Georgian justice system, and it must end.”

Mamuka Akhvlediani, a lawyer and former member of the High Council of Justice who was forced to resign after speaking up about problems in the courts, told us that ‘restoring justice’ – the government’s promise in the 2012 election campaign – can’t be done, because there are not enough judges or courtrooms to carry out the number of hearings that would entail.

He told us that the High Council of Justice is in denial about the problem and not thinking of ways to solve it. Council members keep telling him that there are less than 250 judges in Georgia, and they can’t fill the vacant positions with qualified people, that’s why the courts are almost paralyzed.

“Less than 30 people have graduated from the High School of Justice in the last four years. How can we fill the vacant places? The Council is not thinking about this,” Akhvlediani told us.

He says many people have given up their their lawsuits because they never finished.

The second most important problem according to Akhvlediani is the lack of courtrooms. Each judge at Tbilisi City Court can only process civil lawsuits for a day and a half per week. Only 15 cases may be heard during a week, while in the same period of time, between 20 and 25 new cases will be submitted to the judges.

A further problem is that most, but not all, cases are not finished within the designated period of time. Some cases seem to get priority treatment, which is causing a growing suspicion that judges are accepting bribes for speeding up the handling of cases.

A prime example of a lawsuit which was handled speedily is the dispute over ownership of the television company Rustavi 2. That case didn’t have a single postponement but went along on schedule, while other cases may be stuck in the court system for years.