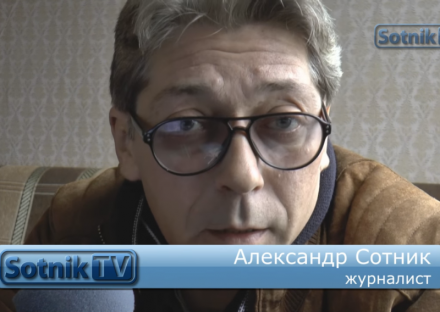 Tbilisi,DFWatch – Russian opposition journalist published a video on Tuesday stating he has to leave Russia and settle in Georgia ‘for some time’.

Alexander “Sasha” Sotnik is a Russian journalist and blogger who runs a small independent media, Sotnik TV. He’s been harshly criticizing the Kremlin and rule of President Vladimir Putin.

“If you watch this video, it means that I’ve left Russia,” says Sasha Sotnik in the short, 2.5 minutes-long video. “This is not an emigration; this is forced evacuation for some time.”

He says that an unknown person constantly haunts and threatens him with physical violence unless he leaves the country, and sees here an invisible hand of “Gepukha”, a moniker of KGB by Soviet dissenters. He says this person noticed him to leave Russia by October, otherwise threatening with dire physical consequences.

Many contemporary critics of Putin’s Russia use this term to refer to modern Russian intelligence agencies, such as FSB or GRU.

“I’ve left for Georgia and will leave here for some time,” Sotnik says. “But, not so dear Gepukha, you please don’t exult as staff in Sotnik TV stays (in Russia) and it will carry on its activities.”