One man dies of electrocution at metal plant in Georgia

One man dies of electrocution at metal plant in Georgia 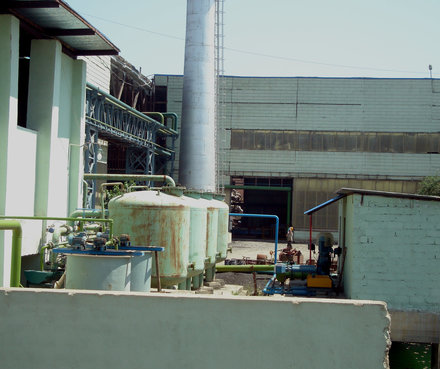 TBILISI, DFWatch–One man died from electrocution on Tuesday at the steelworks part of a smelter plant in Rustavi, near Tbilisi.

Nukri Kimadze, 29, was taken to the hospital, but he died soon after arrival.

Workers at the plant of Rustavi, a town 20 km south of the capital, say the electricity supply stopped for one of the ovens in the plant. They called for electricians to have them find the fault in the electricity cabin at the factory.

Nukri Kimadze was hit by 1,000 volts of electricity when he was trying to repair the damage in the cabin.

Robinzon Lomidze, the chief engineer at Georgian Steel, the company where Kimadze worked, told Channel 1 that workers were trying to repair the problem in the cabin. They tried to connect the electricity in the cabin, but it didn’t switch on the first time.

“We all think that he [Kimadze] entered the cabin which was still switched on. He opened the cabin, grabbed something with his bare hand and was hit by the voltage.”

The Ministry of Internal Affairs has launched a criminal investigation.

The same day, a mine worker injured in a fire in a coal mine in Tkibuli in western Georgia died in the hospital. Bezhan Chumburidze was one of seven miners who were injured in the fire last week. He was taken to a burns center in Tbilisi for treatment and died on the ninth day after the accident.

According to the Georgian Trade Unions, 30 people have died and 32 have been injured while at work in 2013. The trade unions want to bring back the Labor Inspection, a body which was scrapped by during Saakashvili because of corruption. It was responsible for overseeing safety conditions at work places like mines and metallurgical plants.