One Georgian detained by South Ossetia for violating border

One Georgian detained by South Ossetia for violating border 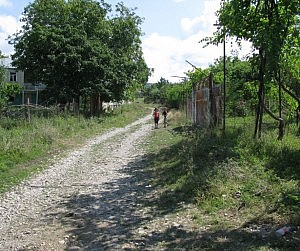 TBILISI, DFWatch–The incident took place this morning in the village Kveshi, according to Gori municipality.

Locals say 36-year-old Aleko Sheverdashvili was in his garden when armed men came and took him away. They say Sheverdashvili didn’t cross the administrative boundary line; the armed men did.

No-one has contacted the family of the detainee, but what is expected to happen is that he is taken to the detention facility in Tskhinvali and released after paying a fine of about USD 30.