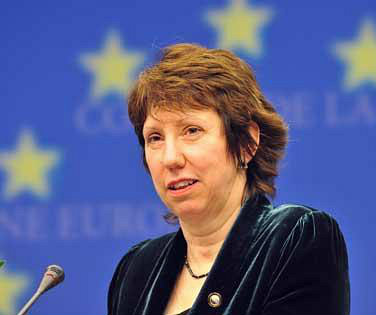 TBILISI, DFWatch–In statements to the media, NATO, the European Union and the Organization for Security and Cooperation in Europe (OSCE) are celebrating Sunday’s election as a historic step forward for democracy in Georgia.

The Organization for Security and Cooperation in Europe (OSCE), which had hundreds of observers here on Election Day, said Georgia’s presidential election was ‘efficiently administered, transparent and took place in an amicable and constructive environment.’

An OSCE press release says the rights of expression, movement and assembly were respected, while candidates didn’t have any obstacles during the campaign.

“In a positive and transparent election, the Georgian people have confirmed last year’s historic transfer of power,” said the coordinator of OSCE’s teams of short term observers, João Soares. “This clean election following a political cohabitation tells me that Georgia’s democracy is maturing.”

The European Union, which Georgia hopes to initiate Association Agreement with in a few weeks during a summit of EU’s Eastern Partnership in Vilnius, was also celebratory in its official comments. EU High Representative Catherine Ashton and EU Enlargement Commissioner Štefan Füle congratulated Giorgi Margvelashvili on his victory in a joint statement.

“We congratulate the Georgian people on this demonstration of their country’s strong democratic credentials,” they wrote, and advise the new president to work with the prime minister, the government, the opposition and civil society in an ‘inclusive and multipartisan’ spirit.

NATO, an important audience for Georgia to impress and show it has matured, focused on the idea of passing through ‘tests’ of democracy. Anders Fogh Rasmussen, NATO Secretary General congratulated Georgian people with having held a ‘transparent and peaceful’ election.

“Through these elections, Georgia has passed yet another test of democracy, and has taken a concrete step towards meeting Euro-Atlantic standards,” he wrote. “I encourage all political forces in the country to continue working together to achieve Georgia’s ambitious reform agenda.”

He also congratulated Margvelashvili and said he was looking forward to work with him.

“We will continue working with the new president and his team to help Georgia achieve its Euro-Atlantic integration goals and make the NATO-Georgia relationship even stronger.”

“Apart from this, we feel that it is a pity that two Russian members of our delegation were not able to participate in this mission. The Parliamentary Assembly remains ready to assist the Georgian authorities in consolidating the democratic process in this country.”

The ambassadors of the US, UK and Netherlands also congratulated Margvelashvili. On Monday, they met with him at the Georgian Dream coalition headquarters and asked questions about future relations.

The president of Lithuania officially invited Giorgi Margvelashvili to the summit of EU’s Eastern Partnership in Vilnius in November, congratulating him on the victory.

Krzysztof Lisek, head of a delegation from the European Parliament, said that the signing of an Association Agreement with the EU should be conditioned on ‘tangible progress’ in rule of law and democracy.