NATO Accession Not a Right, but a Reward

NATO Accession Not a Right, but a Reward 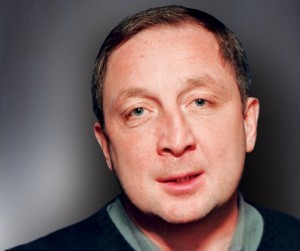 Alex Petriashvili is political secretary of the Free Demcrats.

While the Free Democrats strongly support the idea of Georgia’s accession to NATO, the government’s language with which the path to achieving this has recently been described, as “inevitable and irreversible,” reflects the wrong attitude for success, in our view. As a club of democracies, NATO requires of its members sound and lasting commitment to democratic values, its own leadership has made very clear.

I was heartened by NATO Secretary General Anders Fogh Rasmussen’s remarks at the meeting with students at Tbilisi State University this past November when he reminded the audience of the essential role of democratic institutions for countries aspiring to NATO membership and urged Georgia’s rising generation to play as active a role in our country’s civic life as youth groups did during the 2003 Rose Revolution.  In essence, Rasmussen was suggesting that Georgia re-capture the very promise of that time which attracted the world’s attention in a most positive way.  His message did not fall upon deaf ears.

The current government’s rhetoric on this issue consistently lacks the balance we need to advance towards membership.  Right now, Georgia needs to achieve the substantial progress that NATO member states will be looking for beforeassenting to our actively joining the club, whether at the Chicago summit this coming spring, or at some future point down the road.  It is one thing to be an ‘aspirant’ and another to be an ‘achiever.’  What is missing between the two is tangible progress on democratic reforms, and most specifically, as Mr. Rasmussen and others have pointed out, that means holding a better parliamentary election this year than we have held at any point in our twenty years of independence.

So far, we’re not off to a good start.  Since Rasmussen’s visit, the Georgian government rammed its amendments to our country’s electoral code through its pliant parliament in an all-too-typical, non-consultative manner.  With these, the government tightened restrictions on campaign finance, barring private corporations from contributing to parties. The number of arrests and intimidations of opposition activists has spiked during this period, notably our representative in Guria was jailed on spurious weapons charges hours before I arrived there this past week. A dubious legal challenge targeted one of the few television stations not under the government’s control last month, and newspaper kiosks in Tbilisi were‘privatised’ by a government ally.  Instead of loosening controls over political processes here, every indication is that the current government is only tightening the noose.

Our brave men in uniform are contributing much to achieving the kind of inter-operability goals necessary for NATO accession.  What we need nowis for their civilian bosses in a political establishment they currently dominate to wake up and realize that NATO accession is not a right, but a reward.

Georgia’s national security goals must be won, and as far as NATO is concerned, this will only happen when the current government stops behaving like a police state and begins adopting the values of tolerance, pluralism and fair competition that characterize every NATO member today.  Neither my party nor our political partners will allow Georgia to miss this important opportunity.

Alex Petriashvili is the Political Secretary of Free Democrats, an opposition political party headed by Irakli Alasania and allied with Bidzina Ivanishvili and the Republican Party of Georgia.