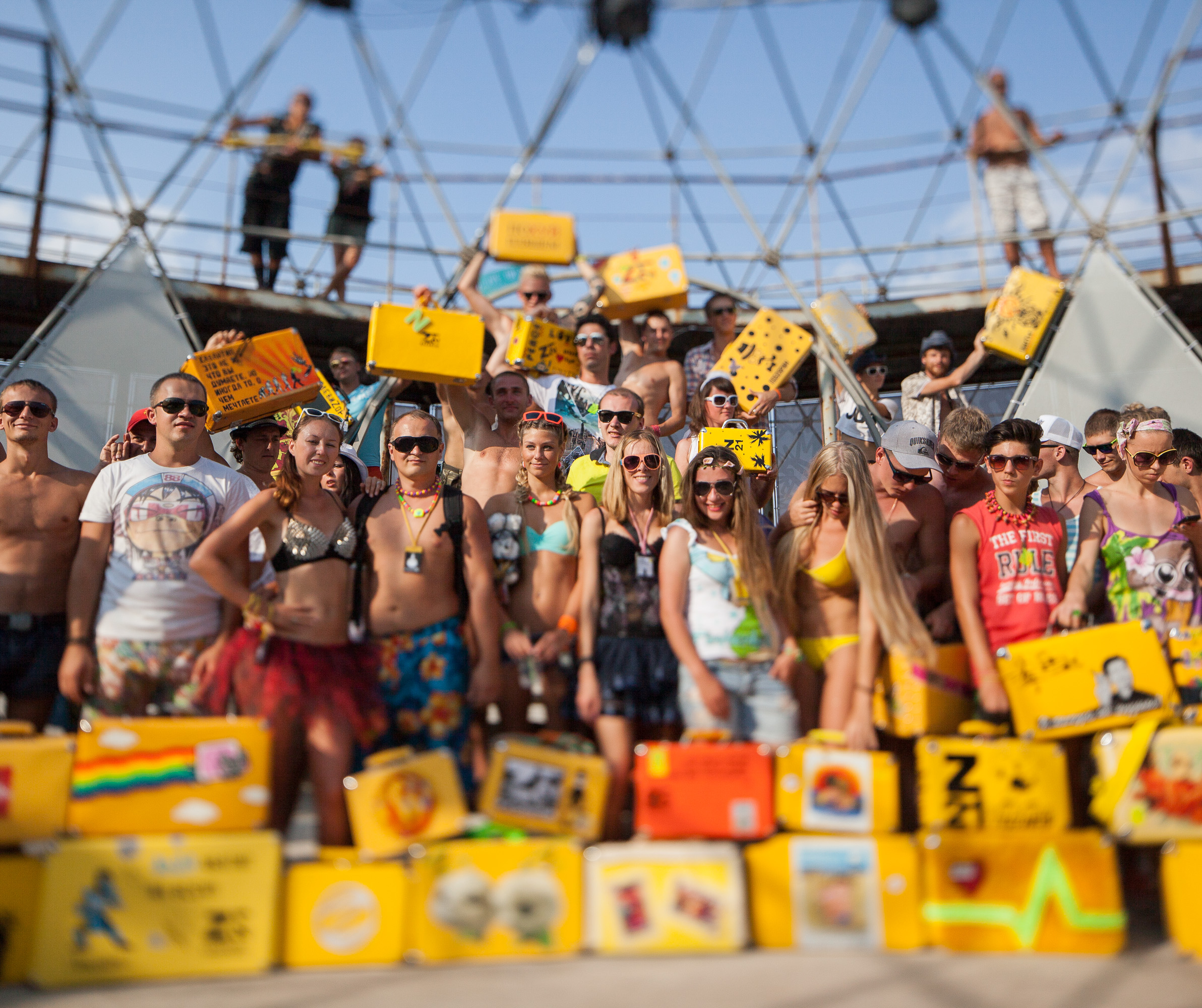 It is common to bring yellow suitcases to KaZantip. (Publicity photo.)

TBILISI, DFWatch–For the first time, the electronic dance music festival KaZantip will take place in Georgia, due to recent events in Ukraine.

The festival has been held annually in Crimea since 1992. Now, following the Russian annexation of the peninsula, it is to take place in Anaklia in Georgia from August 20-30.

It usually brings together tens of thousands of electronic music lovers who organize a so-called republic on about 15 acres of land. People who want to take part in the festival must acquire a ‘viZa’ to be allowed in. Or they can get a yellow suitcase, which is associated with KaZantip.

People usually dress up in orange colors to go to the event.

“According to the first chapter of the Constitution, the Kazantip Republic can freely move to better places at will. As a warrant and a chief life enhancer of the Great Kazantip Nation, I cannot ignore a serious proposal from the Georgian government offering vast territory and various help for united global project in Anaklia,” the festival writes in a statement.

“It is especially humbling to feel this openness and progressive thinking along with the great hospitality of the Georgian leadership after those twenty something years of extortion, blackmail and abuse we experienced from Crimean authorities.”

There are cottages in Anaklia, where it will be possible for guests to settle, while the organizers of the festival will organize a tent city on the festival area. There are also hotels in the resort where people will be able to stay.

150 000 locals and tourists from different countries attended the last festival in 2013.