MP and former prosecutor charged with abuse of power

MP and former prosecutor charged with abuse of power 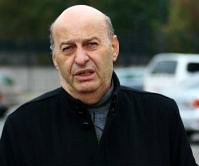 Akhalaia is charged with abusing his power as prosecutor by demanding money from the family of a defendant for entering into a plea bargain agreement.

The case took place in December 2009 and involved a payment of USD 90,000 in total. If found guilty, Roland Akhalaia may face up to three years in jail for violating the Criminal Code.

The Prosecutor’s Office wanted to charge him about a month ago and asked the parliament for permission to start criminal prosecution, since he enjoyed immunity as an MP.

Roland Akhalia is a majoritarian from Zugdidi, in the north west of Georgia. Before getting elected in 2012, he used to be regional prosecutor in the Samegrelo-Zemo Svaneti region.

He is father of two former government officials, Data and Bacho Akhalaia. Data Akhalaia chaired the Constitutional Security Department, known as ‘Kudi’, while Bacho Akhalaia used to be prison, defense and interior minister in different periods of time during the National Movement government. He is currently in detention.

The specific charge against Roland Akhalaia is that he demanded money from families of an accused person for entering into a plea bargain deal. The paid amount was 150,000 lari (USD 90,000) in total and an additional 60,000 lari (USD 37,000) was transferred into the bank account of his relative, a businessman.

After leaving the Prosecutor’s Office today, Akhalaia said that the case is pressure on his family, his sons and personally him. The MP added that the trial will lead nowhere.

The MP also claims that as soon as he won the election in Zugdidi, former Prime Minister Bidzina Ivanishvili, who organized the Georgian Dream coalition, called him and demanded that he leave parliament, threatening to arrest him. Now the MP thinks Ivanishvili has made true on his threats.