Misunderstanding that Georgia will not Facilitate a Solution

Misunderstanding that Georgia will not Facilitate a Solution 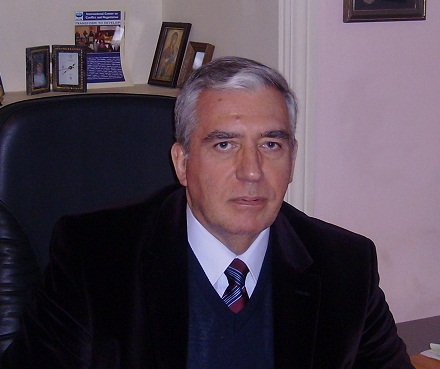 If our strategic allies’ warning is about reversing the current legal processes, I would say it is impossible and could be even harmful. If it is about being more considerate in decision-planning and aware of the environment, I would agree and subscribe to it.

Georgia has recently been in the focus of international attention. When voting is done, counting follows, but no unambiguous formula implies of why people preferred to vote as they did, so interpretations begin. The defeated UNM sent around a message that people (a) preferred a magnate because he is rich and made generous promises, and (b) acted under the influence of televised prison torture tapes. They were also warning the world about a ‘dangerous force’ coming to power to bring Georgia back into Russia’s sphere of dominance. The winner Georgian Dream declared their assignment and the societal demand in investigation of past crimes, fighting unemployment, building economy and agriculture, and normalizing relations with Russia while pursuing the course of Euro-Atlantic integration. Problems to overcome have proven much grimmer upon a closer look than it seemed before, but people show patience to let the new government consolidate and stabilize, and then start to tackle them.

The external world watching the October elections and wondering at its result just could not imagine to what extent Saakashvili’s regime was unpopular in Georgia, as it had all major media sources monopolized and the propaganda machine was in full swing. Both parties before the election claimed the support of the Georgian people was on their side. If after the elections it turned out the ‘nationals’ were right, they could now rely on people’s activism to prevent the processes about which they are ringing alarms worldwide. But this is not happening. No wonder: the ‘nationals’ boosted image of popular support crushed as soon as they let go of the reins of power. So they decided to use all means to discredit the new government and maintain their image abroad to build the support of the international community as a shield and a tool for counter-attack. They even do not stop at predicting international isolation of the country if the new authorities do not ‘come to their senses’.

The situation in Georgia as seen from the outside:

The victory of the Georgian Dream coalition was unexpected yet welcomed in the West as the first precedent of peaceful and legitimate change of power in the post-Soviet space. The subsequent decision of President Saakashvili and the defeated UNM to go into opposition and let the winner form a government incurred hailing as a confirmation of their ‘truly democratic aspiration’. Georgia was again seen as proposing everyone a model democracy, now in the form of co-habitation. ‘Extreme concern’ started to manifest in some Western leaders and influential media sources after the former Interior Minister Akhalaia (extremely disliked in Georgia) and the Chief of Staff Kalandadze were detained, followed by a couple dozen other arrests. Many Westerners see in the actions of the new Georgian government a bad post-Soviet pattern of getting even with the predecessors in power – including top persons – and implementing a practice of political persecution until the political opponent is fully dissolved and neutralized: kind of an instinctive behavior of a political animal, very intimately familiar to real-politicians around the world. The insatiable urge of political revenge is described in some US web forums as feeding the actions declared as restoration of the rule of law. Fears are being expressed about the prospect of one authoritarian regime changing the other, with overall regress for the nation.

The situation in Georgia as seen from the inside:

The October elections resulted in the defeat of the UNM not just because a super-rich person entered the scene and promised better life, but mainly because Georgians used a historic opportunity to put a barrier before an insatiably power-hungry regime marked by selective justice, impunity of power structures, unaccountable waste of taxpayers’ money, and most of all, appalling prospect of the emerging ‘smart dictatorship’ able to be useful to and look attractive for the world superpowers while keeping their iron grip on everything inside. The official West’s criticism of post-election processes in Georgia is offered in the form of a friendly advice and warning, which people take seriously, but explain it as largely caused by lack of information and the work of lobbying companies on UNM payroll. An informally expressed proposal to share the picture of Saakashvili and his team as democratic rulers ‘who sometimes made mistakes’ is totally unacceptable for most Georgians. Internal observers also allege that accepting legitimacy of the current legal prosecutions and investigations against former high officials could naturally raise a question towards the international community: why did you not adequately react at the time we spoke out against those crimes? Public opinion in Georgia is concerned by the reactions in the West, but tends in favor of the development of legal processes until their logical end, despite the West’s reaction. So what has caused the current predicament and what may come out of it?

Co-habitation: a model or a myth?

It would be ideal to see majority and minority working peacefully in the parliament, agreeing or disagreeing, but not undermining each other or calling each other enemies of the nation. The ruling team who notoriously demonstrated intolerance towards different opinion and was marginalizing the opposition while in power should hardly be expected to transform into a minority able to co-habitate. And Ivanishvili in his turn does not look like a person to forgive his rival who stripped him of citizenship and called him an agent for the enemy. Therefore, Saakashvili’s proposal of diarchy a.k.a. co-habitation looked doubtful from the very start; either ‘nationals’ would manage to weaken and split the new majority, or would weaken and dissolve themselves. What looked as the main post-election achievement – consensus on basic modus vivendi for the new parliament – is under serious threat, and this could hardly be otherwise. A facilitated problem-solving can only be in keeping the process within manageable limits and not letting it collapse completely.

Political appropriateness or the rule of law?

Here again this may differ as seen from different standpoints, internal and external. Internally, political appropriateness is seen in fulfilling the societal demand of punishing the wrongdoers, which is in accord with demands of rule of law, provided transparency in the process and adherence to justice. People who for so long felt deprived of a sense of justice in the country – and in Georgia’s case this has proven to be a majority of voters – expect to see that action is done in that direction. Yet the same situation is seen in the West as alarming and the solution is seen in curbing the legal prosecutions and concentrating on the actually failing co-habitation. The reality is that the new force in power needs to stabilize its position, and the urging to weaken the political opponents coincides with the public’s expectations, so the law is enforced. Rulers cannot just stop the detainments, they can only protract the trials. Rulers are in a way hostages of their victory. But who will openly claim that it’s really the voters’ will to restore justice that creates political problems for the external image of a country? You can never explain this to voters, nowhere. I traveled to Kiev right before the parliamentary elections in Ukraine, and did not meet a single person who would agree with releasing Timoshenko from prison. I felt sad about that, but I would never call those people bloodthirsty. Established European democracies have checks-and-balances mechanisms that prevent rulers from getting so much at large as to become subject to detainment by the next government, and even there this does not always work. So let’s not compare this with the Eastern Partnership area. Internal and external views on what is happening in a country can hardly be reconciled completely, and not everything fits into what is written in textbooks.