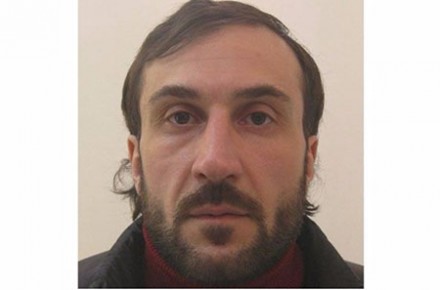 Tbilisi, DFWatch – Law enforcement bodies in Georgia are engaged in a large-scale hunt for a man suspected of murdering one policeman and wounding several others.

On Sunday, the Prosecutor General’s Office released a photo of the suspect asking for the public’s assistance in locating him, cautioning people that he is armed and extremely dangerous.

On Saturday in Varketili, outside Tbilisi, three policemen tried to stop a man to check his documents. Just upon hearing policemen’s command the man opened fire, gravely wounding two of them, and managed to escape.

Later, one policeman died of his wounds, while the other officer is still hospitalized.

This crime has caused shockwaves through Georgia’s society, and Prime Minister Irakli Garibashvili said it is a matter of principle for the state to have a proper investigation.

Later on Sunday, the Prosecutor General’s Office released the identity of the suspect in a special statement (http://pog.gov.ge/eng/news?info_id=668). According to the office, the suspect is Shalva Abuladze who has been convicted multiple crimes, for crimes that include attempted murder and armed robbery.

The Prosecutor General’s Office suspects that Abuladze is the same person who tried to murder the two policemen last January in Borjomi, a mountainous resort town in the south of the country. Later one policeman died in hospital.

On Sunday morning the police located Mr Abuladze in Tbilisi, but the suspect opened fire and managed to escape again. No-one was injured in the incident.

The Prosecutor General’s Office advised members of the public not to approach the suspect, warning that he is armed. It also announced a 24 hour telephone hotline, (0) 32 2 40 52 22, asking for the public’s assistance in locating the suspect.

”Currently, the investigative team is carrying out all the operative-investigative actions to ascertain the whereabouts of Abuladze in order to arrest him,” the statement says.

The implication of Mr Abuladze in all three crimes is unequivocally confirmed by forensic experts due to the evidence found on the scenes, including bullet shells, Deputy Interior Minister Levan Izoria told Imedi TV.

Asked why the police could not apprehend the suspect the third time, Izoria replied that he is a professional who has ‘an ascetic’ lifestyle, so it is very difficult to catch him.

The entire Ministry of Internal Affairs, including the interior minister himself, is working to apprehend the suspect, Mr Izoria added.