Learning the Lessons of 2008

Learning the Lessons of 2008 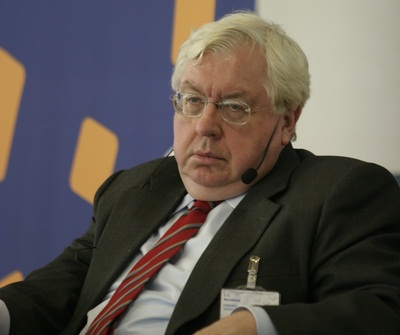 As the fourth anniversary of the Russian-Georgia war of 2008 has passed, the two nations remain locked in a political and military confrontation which is poisoning the atmosphere of their entire region. A restart of hostilities remains a real danger in several parts of this increasingly strategic part of the world. A replay of the Arab Spring, or even worse, of the events in Syria remains more real than we wish to imagine.

As the region’s largest power, and as the most democratically developed of former Soviet republics, Russia and Georgia each have a special responsibility to work even harder to bring peace to the region.

Unfortunately leaders of both countries seem to believe that maintaining a sense of conflict serves their interests better than does a true search for peace. Georgia’s territory is still gone and Georgia and Russia are still confronting each other across a heavily fortified and unstable border. Georgia’s economy is stagnating and individual freedoms are constantly under attack. Instead of building democracy, the region is still ruled by 19th century institutions based on 16th century hatreds.

Writing recently in the Wall Street Journal Europe, Bidzina Ivanishvili, leader of the Georgian Dream coalition noted, “There is still a deep rift over which nation was responsible for starting the 2008 war. The conflict emerged from the xenophobic and confrontational style that is endemic to both governments. If we can agree that we both made mistakes, we will already have made some progress.”

This observation defines the basic problem which continues to plague efforts for peace in this important region. Twenty years after the fall of the Soviet Union, it has become clear that strong civil societies which arise from within the region’s rich mixture of cultures can be the only route to a more peaceful future. Only leaders who govern with the consent of their citizens can be confident enough to admit mistakes.

For two decades the nations of the Caucasus have relied on international diplomacy to help them find a way out of confrontation. But here as elsewhere, we have learned sadly that nations without democracy or civil society cannot deal with each other on the basis of respect and equality, regardless of how hard the diplomats try to bring them together. Solutions negotiated by diplomats cannot bring peace.

We have learned that regardless of international assistance, the nations of the region, large or small, will never achieve peace until they utilize their own internal cultural and political resources to build modern civil societies. Before they can build harmony among their nations, they must first achieve respect for the rights of all citizens within their nations.

U.S. Secretary of State Hillary Clinton said it best when she visited Georgia in June: “Georgia’s long-term security and prosperity will depend in large part on the quality of your democracy.”

What does this mean in practice? First, that each nation must follow its own path to a truly democratic, modern civil society. The road will be different in each case. But until the citizens of this region can believe that their goals and interests will be protected by freedom and democracy, they will continue to fall prey to those who seek to stir up old hatreds by dividing societies, both internally and between the countries of the region.

Second — rather than proposing new rounds of negotiations — regional leaders should study carefully the numerous examples of low intensity conflict prevention which have been developed since the end of the Soviet Union. Trying to convince the other side that it is wrong can never work. Neither can complex diplomatic scenarios which do not include the development of civil society. Such solutions are especially weak in conflicts where one or both of the parties really do not wish a solution. Here, progress can come only if the reluctant leaders are convinced through dialogue or necessity that working within their country to build a foundation for peace is the only way to move things forward.

Important progress has been made in recent years between the ancient enemies Armenia and Turkey, for example. The fact that last minute manoeuvering made a breakthrough impossible does not invalidate the method. Similar progress has come in talks between Russia and Poland and Russia and the Baltic states.

The methods will differ in each case. But one thing is sure. Claiming to wish progress, while at the same time continuing the old rhetoric, will not bring progress. Unfortunately, the leaders of both Russia and Georgia have often fallen victim to this temptation. Neither currently has a functioning civil society. Each is burdened by the same one-party authoritarian model that has been so destructive to other post-Soviet societies.

Where President Saakashvili is concerned, it is simply not helpful to offer steps towards peace on one day and return on the next with the old rhetoric of Cold War confrontation. To learn the lessons from the 2008 war, both sides must abandon saber-rattling. Georgia in particular must recognize that it is a small regional power in a very dangerous neighborhood. No sustainable future can be built by projecting its own military power against Russia or anywhere else. If it were to become a Caucasian Cuba, its hopes of joining the West would be dashed forever.