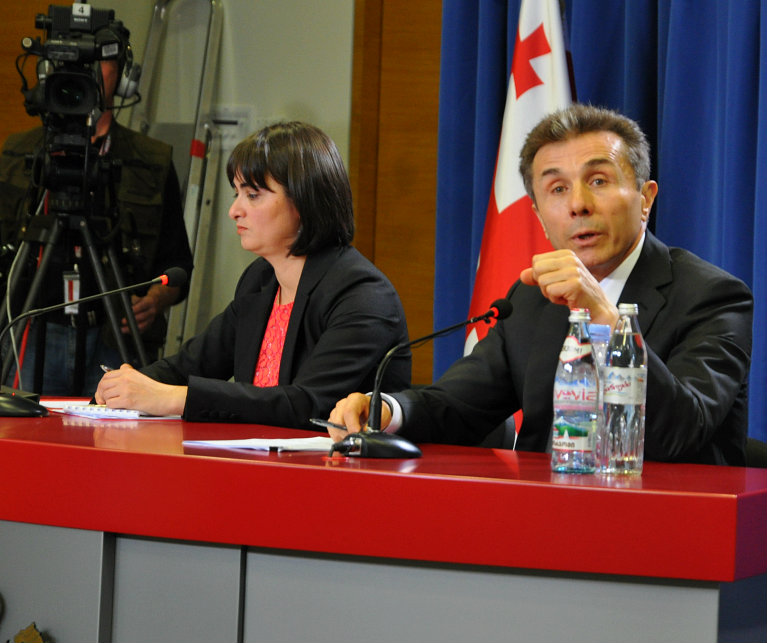 TBILISI, DFWatch–Prime Minister Bidzina Ivanishvili says he can be ‘useful’ for society for twenty more years.

The comment came on Wednesday at a routine press conference about current events in the country.

Ivanishvili was asked about a recent statement he made that he plans to step down as prime minister shortly after the presidential election in October. To this, he asked journalists present not to continue their ‘agitation.’

“Before leaving, I will make a statement and explain to everyone why I am leaving. But if I am unable to assure them, then I won’t leave,” he said. “And if I become convinced that it is important for me to stay where I am today, then I will stay.”

If he leaves, he said he won’t leave the country, and he doesn’t plan to become ‘an informal leader of government’.

“If I’m not politics, I will be more interested in the economic direction,” the prime minister noted. “I sacrificed myself when I went into politics, and no-one should expect that I will leave the processes which are getting in order.”

Ivanishvili also talked about the future of the Georgian Dream coalition, which he said, will dissolve from inside as soon as the opposition is unable to oppose to the ruling force.

“As soon as there is not resistance from the outside, some forces will appear inside the coalition and it will start to dissolve,” he said.

The prime minister was also asked about the increasing powers of his offce, a change which will come into force after the presidential election and which are part of a set of constitutional amendments passed by the previous government. He said this is proof that President Mikheil Saakashvili was preparing to take over this post himself. However, the government plans to balance those powers, Ivanishvili said.