Interview with Kenneth Yalowitz, former US ambassador to Georgia

Interview with Kenneth Yalowitz, former US ambassador to Georgia 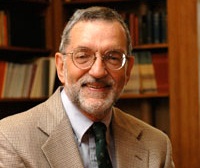 DFWatch: What’s your prediction, how will the situation around Ukraine evolve?

Kenneth Yalowitz: What worries me is that you have a situation where the Ukrainian side is doing better militarily in Eastern Ukraine and we don’t know how the Russians are going to react.  Everyone in Georgia is watching Ukraine with good reason to be concerned after what happened in Georgia in August, 2008.

At the same time, however, high level diplomatic discussions are taking place.  I don’t know whether Putin is ready to negotiate and even if he does, his record of fulfilling obligations is not very good. So we’re in a period now where you have to wait to see what happens on the ground in Eastern Ukraine and what happens in Minsk next week with negotiations.  No matter which way you look at it, this has become an extremely complicated and dangerous situation.

DFW: Are you more optimistic or pessimistic about the planned meeting between Mr Poroshenko and Mr Putin in Minsk on Tuesday?

K.Y: I wish I could say one thing or the other.

The real question for me is whether or not Putin has decided that it’s time to negotiate. He seems to be both moving a bit forward on negotiations but also taking more risks as with this humanitarian convoy. There are many who are skeptical about his readiness to seriously negotiate and I must admit that at present  I am on that side as well. For me this is a time that the US and West Europe need to be very firm with Putin, explaining that if he continues as he is doing, the sanctions are going to get tougher and that it may be necessary to provide Ukraine with military and security assistance as well as financial aid.

The other possibility is more hopeful. And that is that if Putin has finally recognized that the current path  is going to be too costly for Russia, that invading Eastern Ukraine is too dangerous and that the time has come to seriously negotiate.

Being a former diplomat one always hopes that negotiations will be the way forward.  Military force  doesn’t solve anything and often  creates conditions for new fighting later on. My basic point is that if the West is very firm in outlining to Putin what the costs are of continuing, but at the same time  acknowledges  that Russia has concerns  and interests in Ukraine that can be examined in negotiations , perhaps there is a chance. It’s probably less than 50/50, but there certainly is a chance that it can happen.

DFW: What is your assessment about the West’s sanctions against Russia? Do they work or do they partially work? Or maybe they don’t work at all? What’s the impact?

K.Y: Well, it’s a good question. Sanctions will never fully do the job alone. They are inflicting pain on a weakening Russian economy and isolating Russia in the international community. The longer term costs are mounting. The aim of the sanctions is to cause Putin to think about  his current course of action and the damage being done by it.   My hope is that if the West makes it clear that there will be more difficult sanctions coming along with financial and security assistance to Ukraine  if Putin continues to pursue his present course, that  he will calculate that the costs of supporting separatism through military force are too high. Using the ”green men” in Crimea was easy but  the same tactics in Eastern Ukraine  are uniting  Ukraine in opposition to Russia. This is not a victory for Russia.

But you’ve got one man making the decisions, and we don’t know what is in his mind. If you listen to what he says, one day he is a bit more conciliatory and the next day he is very bombastic and threatening.

DFW: You were co-author of opinion piece published in the National Interest (along with Ian Bond, Denis Corboy and William Courtney) (http://nationalinterest.org/feature/russia-the-wests-dangerous-clash-time-nato-eu-expansion-east-10978), which was very popular in Georgia too. We have a couple of questions regarding it. It said that in June NATO members decided not to offer  Georgia or other states  alliance membership at the September NATO Summit.  It’s not a surprise, we’ve been  accustomed to this and many in Georgia hope that NATO might find a new way to accept Georgia, for example bypassing a membership Action Plan (MAP). Do you think this is feasible?

K.Y: Well I don’t know if it is feasible or not but you’re correct, there will not be a MAP offered in September. I keep hearing in Washington, however, that  efforts are being made to do more than simply repeat past statements about Georgia. The aim is to do something substantive, something significant, short of a MAP, but still something better than Georgia has right now.

Obviously this is a very difficult time with Russia but decisions on membership are up to NATO members. If at this upcoming NATO summit Georgia were told very clearly what it has to do in order to become a member in terms of economic, military and political reforms, in other words a specific list of things that need to be done with the understanding that if Georgia meets these requirements then a MAP will follow, that would be a fair outcome.  Georgia could be given five years to do all of these things and at the end of that time if these things are done, that’s it. This is something Georgia deserves in view of the very significant contributions it has made to Western forces in Iraq and in Afghanistan.

DFW: About the same opinion piece. It’s very sensitive issue here – charges against former president Mikheil Saakashvili and it had the huge wave of outrage in the West, in the US, in European states. At the time it seemed that authorities here in Tbilisi will not back off.  As a result for Saakashvili it would be impossible to visit Georgia for a while. Will this have a real impact on the Georgia’s relationship with the US or with the West generally?

I think it already has had  some impact and it is not positive. I know this is a very difficult issue for Georgia with many wanting to see justice done for alleged crimes under the previous administration. But let me try to explain the concerns in the West.

When a president has been freely and fairly elected as in Saakashvili’s case, the idea that after leaving  office  he  would be charged with crimes committed  in the course of his duties is something that is difficult to accept and understand in the West. In addition you have to factor in that the Georgian  justice system has been known in the past to be  corrupt, non- transparent and unfair. The concern now  is that with the former opposition  party in control, the justice system could  be used for political   retribution against Saakashvili. Statements that have been made by  current high officials in Georgia about the desire to destroy the UNM also contribute to the  impression that this judicial process may not be fair and transparent.

At the same time those of us who follow Georgia closely understand  the  imperative to examine  what happened in November of 2007 and  other situations  and if there were a miscarriage of justice, to correct it. That is why several friends of Georgia including myself  favored some type of a neutral investigation commission, an international body, something like what happened in South Africa, a truth and reconciliation commission, to look at the facts of what happened and then use the findings as  a way to move forward, heal  society and not let the past rip the country apart.

It seems now that the Georgian government is committed to going ahead with this process but it is not yet too late to accept this idea of an international commission. If, however, the government does go forward, it is imperative that this be process be fair, open and transparent and that there be impartial international observers . The last thing that Georgia needs now is to appear to fall backwards into the old political patterns of one party taking power and then using the judicial system for  retribution against the losing side.

We talked about NATO earlier and I think this could also be a very negative blow to Georgia’s aspirations to become part of NATO. This is really is a measure of how far Georgia has come in democracy, transparency, and  judicial fairness. I know  in Georgia you are probably tired of us in the West  telling you this is a test of this and a test of that, but  this is  how the matter is  being looked at – a test of whether  Georgian democracy has moved forward in the area of justice  or whether  the old patterns persist.

DFW: The last question. Sometimes it’s perceived quite differently here in Georgia especially amongst the supporters of the government. For example, we see that president of Israel was charged, as well as former president of France Mr Sarkozy and former PM of Italy, Mr Berlusconi. Why is Saakashvili’s case different?   It’s difficult for many people in Georgia to accept this.

K.Y: That’s a very good question.  I believe the cases you refer to concern corruption but  the allegations against Saakashvili are  different as they refer to actions taken in the course of his presidential duties—the  November 2007 events in which lives were lost, the prison scandal, etc. These are obviously serious issues  and the Georgian public deserves answers and  a full investigation so Georgia can move forward. That is why  I  favor of an impartial investigation of what happened. Georgians deserve answers. After the assassination of President Kennedy in 1963, we had an impartial investigation by a  commission which did a thorough job and satisfied the American people that the truth was now known. That kind of approach would be very good for Georgia, to have that type of a commission  study these events and clarify for the Georgian people what happened. In the end it is a question of impartiality and  trust. Those are the main things.