Interior minister found his own phone had been tapped

Interior minister found his own phone had been tapped 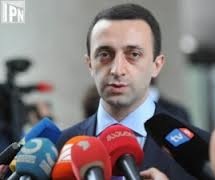 TBILISI, DFWatch — The Georgian interior minister says he has discovered audio files of all his phone calls for a whole year, secretly recorded and stored on computer disk.

Irakli Gharibashvili was Tuesday invited to the TV channel Rustavi 2 to sum up the government’s first three months’ work. While speaking about the issue of illegal eavesdropping, he named the discovery of his own recorded phone conversations as an example. He also said he had found video footage of the private life of well-known people in Georgia.

“We found audio files of my conversations for a whole year, which were recorded on disks; but also much other interesting material,” he said.

“We found video footage of the private life of many people, which is disgusting, and we became sure of what we were dealing with and how they [the former government, ed.] were working with their opponents.”

The minister said the archive he found is very large and contains very sensitive recordings, but he does not plan to publish them.

In mid-January, the Prosecutor’s Office published footage showing arranged sexual acts between men, which was used for blackmailing well-known figures.

Gharibashvili said this was only part of the footage they found in the archive, and that it also contains other things that are even more shocking, which he does not plan to publish.

In addition, he said sending out agents to blackmail people through use of private material is not ‘the style of the new government’.