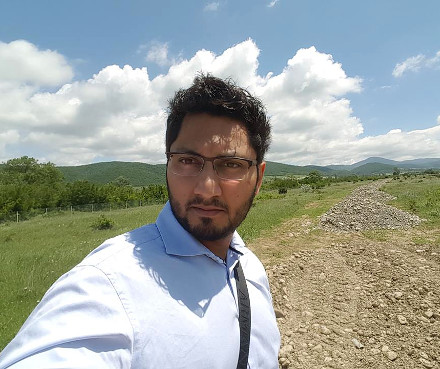 TBILISI, DFWatch–An Indian businessman was refused entry to Georgia for the second time on Wednesday, after a similar incident two days earlier.

A lawyer for Akbar Khan Qureshi said the young Indian entrepreneur again was turned away in the border control at Tbilisi airport without being given an explanation.

But unlike the first time, there are so far no indications of mistreatment. The case has received broad media coverage in Georgia.

The lawyer said that Qureshi runs several businesses in Georgia and suspects that “someone wishes to take them over.”

On Facebook, Qureshi describes himself as a project manager at Saguramo Gardens, a real estate project in Saguramo 20km west of Tbilisi.

Speaking to Georgian media, he said he has visited the country 17 times and has had no problems before, neither at the border nor while in Georgia.

When he was first denied entry on Monday and insist that border guards treated him in derogatory manner.

“What happened at the border shocked me. The documents issued by the Ministry of Internal Affairs and the border police prove that I am clean and never broke anything,” Qureshi said.

The Ministry of Internal Affairs wrote in a statement that “there are natural cases when foreign citizens are refused to enter country in accordance with procedures and international standards provided by law.” But no specific reasons are given in the press release.

“Procedures for crossing the Georgian border by foreign citizens are especially controlled after the enactment of visa liberalization.

“[…] Herewith we would like to clarify that during the crossing the state border of Georgia, the border guards have the right granted by the existing legislation to refuse a foreign citizen to enter the country when a citizen does not provide convincing answers during interviews or gives false information about the purpose of the visit.

“Citizens are checked in border crossing points using the world-wide, universally recognized methods. The same procedures are carried out in relation to the Georgian citizens while crossing state borders of other countries,” the statement reads.