How Georgia’s future leader should not be

How Georgia’s future leader should not be 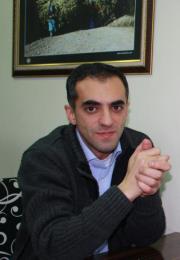 Zurab Jibgashvili is a lawyer and constitutional expert.

When George Washington held the first State of the Union address in the U.S. Congress, there was a debate about where the president should sit so that his official status wouldn’t be diminished, but at the same time wasn’t looking down on Congress, in order to visually preserve the principle of distribution of power in American politics, writes Zurab Jibgashvili, lawyer and constitutional expert.

This was the first example of a speech by a president, as the country’s first person, having great importance, held in the legislative body. In this case attention is paid to what the president says, but also how he says it.

And how did Mikheil Saakashvili make himself memorable to us with his speeches in parliament February 28?

Let’s start with the latest presidential speech in parliament, which was held in the format required by article 73, paragraph five, of the Georgian Constitution. In our opinion, the speech didn’t comply with the requirements at all.

There is still discussion about its content and different aspects, although we haven’t yet heard any serious analytical evaluations. But on a whole, there was no serious discussion in this speech about ‘the most important state issues’, as is required by the constitution.

The president only strengthened my personal opinion that the primary source of all kinds of aggression, violence and injustice in this country is he, himself. In other words, he failed to show himself as a head of state whose function isn’t to encourage small political groups; he cannot symbolize the unity of the state and the unity of the nation. A president is for the whole country and it’s not normal that a country’s president is a defender of one political group’s interests.

In his speech the president didn’t go into the most important issues of the country after his last speech in 2011, and he became aggressive in the second round of debate.

When Mikheil Saakashvili is expected to show himself as the embodiment of a solid political culture like George Washington, I remember his pleasant and satisfied expression while offensively disturbing the speeches of opposition MPs and how he supported the majority members’ speeches, full of cynicism.

We have no information about any leader of state or government assaulting a fifteen year child, not to mention a professional lawyer who as president forgets about the presumption of innocence.

So, we are clearly in a position that this was never the speech defined by the constitution about ‘most important state issues’. This was a typical election agitation speech. But in fact, this speech even worsened his burden of unconstitutional creative activity.

Any president in the same situation would have resigned. The president of any state with his institutional nature is an authority on morality and the object of reverence. He should be a symbol of the unity of society and shouldn’t divide society as washed of nation on the one hands; and on the other hand as grippers of the washing off machine button in accordance with his own desires.

But Saakashvili for a long time haven’t been able to meet this ethical and moral standard. His aggressive nature has revealed itself and he threatens MPs to be ‘kneaded’ by the parliamentary guards, called mandaturi, who are associated with force and power.

He doesn’t care about the authority of the office of president, the power stemming from respect for it. When Richard Nixon resigned, or German president Christian Wulff and Lithuanian president Rolandas Paksas, they took care of their own honor and at the same time the honor of the country’s offive of president. They didn’t defile this institutional authority and with their activity, didn’t devalue it for the future in the view of society. They strengthened the authority of the office of president in the regards of its influence over the political spectrum and society. They retained the personal authority of the responsible public figures in society, but also spared future presidents from being burdened by the dirty legacy.

Saakashvili fundamentally tears up these values. With his speech Saakashvili clearly displayed the portrait of a future rejected president or Prime Minister, he promoted himself as an example of what kind of leader we should never elect as citizens of this country.