Guarantees of Impartiality for Georgian Juries

Guarantees of Impartiality for Georgian Juries 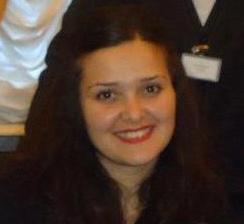 Nowadays, in Georgia jury trials are the hot topic. The first ever jury trial in Georgian legal history has returned a guilty verdict in an aggravated murder case in Tbilisi City Court. Even this first practice with jury trials has revealed some legislative flaws relating to outside influence on the jury, which most definitely comes from both, media-related unbalanced laws and the lack of safeguards in the Georgian Criminal Procedure Code. Considering the fact that a juror is not a legal professional and he or she can be very easily swayed by information obtained outside of the trial, all these sources of information have to be regulated or else an impartial Jury in criminal justice seems to be delusional and not feasible.

The crucial problem in the legislation regulating jury trials is that there are not sufficient safeguards for the jury to be protected against improper information from outside the trial, while Georgian media and television have given a full swing release to all the information about the crime, the accused, witnesses and all the circumstance around surrounding the trial. Unfortunately, the current law does not limit them by the principle of the presumption of innocence.

Like the Media law, the criminal procedure law, does not establish provisions on arrangements for the jury’s protection against information outside of that related to the case. The venire facias [dismissal of a jury due to impropriety or irregularity, editor’s comment] by the parties and the order by the judge to the selected jurors not to seek information outside the trial are not enough.

Going back to the just finished case, the Georgian media discussed the crime in considerable detail. On 15 September, 2011, at 18:23pm , ‘’Rustavi 2’’- a Georgian TV company with one of the largest number of viewers broadcastet in their evening news (when most people are watching) showing the defendants confessing to committing the crime and retelling the case details, as well as witness also testifying to having seen the crime details. This was broadcast on the day, when the defendants were taken into custody. The same information with all the confessions was released on the official site of the Ministry of Internal Affairs . A bit more briefly the same information was released on the official site of the Ministry of Justice . In this news the defendant confessed to committing the crime, while at the jury trial he did not. It should also be stressed that the time span between the news release and the first sitting of the jury trial was only 52 days, so this short time strengthens even more the suspicion that the jury was significantly influenced by outside information.

In order to ensure impartial juries, Georgia has to draw on the experience of countries which have imbedded quite firmly the institute of the jury trial. Thus, appropriate steps should be taken within the Criminal Procedure Law as well as within the Media Law.

For example, in Texas, according to the Code of Criminal Procedure, Art. 35.23, the court following its own motion may, and following the motion of either party shall, after having given its charge to the jury, order that the jury not be allowed to separate, after which the jury shall be kept together, and not permitted to separate except to the extent of housing female jurors separate and apart from male jurors, until a verdict has been rendered or the jury is finally discharged. If jurors are kept overnight, facilities shall be provided for female jurors separate and apart from the facilities provided for male jurors.

In California sworn jurors may, at the discretion of the court, be permitted to separate or be kept in charge of a proper officer. Where the jurors are permitted to separate, the court shall properly admonish them. Where the jurors are kept in charge of a proper officer, the officer must be sworn to keep the jurors together until the next meeting of the court, to suffer no person to speak to them or communicate with them, nor to do so himself, on any subject connected with the trial, and to return them into court at the next meeting thereof.

In the UK, according to the 1981 Contempt of Court Act, strict liability contempt applies to publications (including broadcasts) addressed to the public at large or any section of the public, which create a substantial risk that the course of public justice will be seriously impeded or prejudiced. The strict liability rule only applies to legal proceedings that are “active” at the time of the publication, and may render the publication in contempt regardless of any intent to interfere with the course of justice in the proceedings. (Archbold 28-59 to 28-61).

In conclusion, all the steps listed above to adjust the Georgian reality should be taken, in order to prevent the existing pitfalls relating to jury trials in Georgia.

Eka Khutsishvili is a Criminal Lawyer at Georgian Young Lawyers’ Association, and holds a Master’s degree in criminal law.