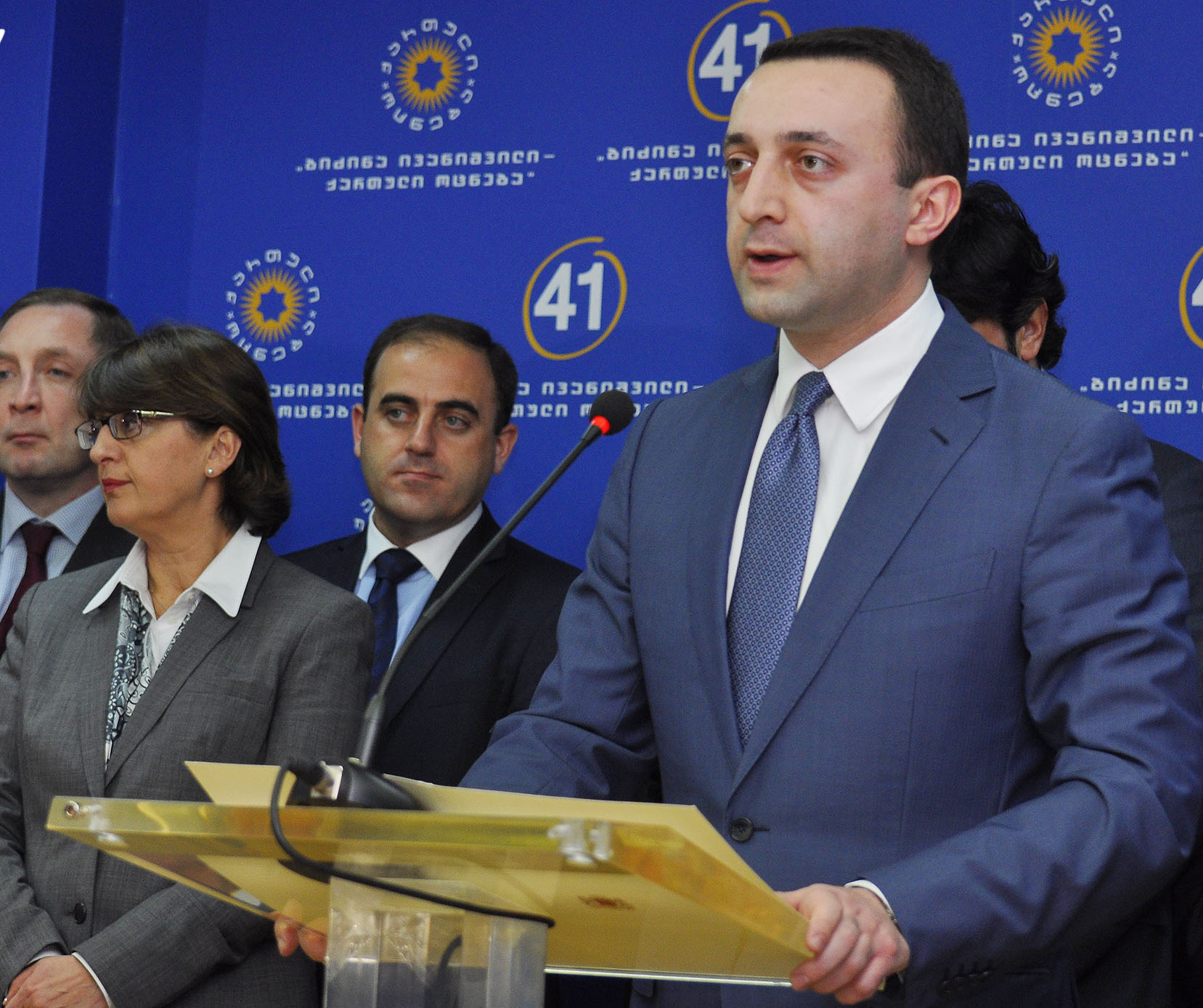 Irakli Gharibashvili presented a government with the same people as before, except for new Interior Minister Alexandre Chikaidze. (Interpressnews.)

It lists the same people as before the inauguration of Giorgi Margvelashvili, with the exception of Gharibashvili’s post as interior minister which will be filled by Alexandre Chikaidze.

“I have worked one year with these people and experienced them in work,” he said. “Each of the ministers works 24 hours a day, so far without significant mistakes.”

Since the inauguration, the government’s power was suspended until parliament has declared its trust in the new government presented by the prime minister.

Parliament on Tuesday will listen to the ministers after Gharibashvili presents them. Parliamentary committees will meet with the minister and the meetings will last the whole day.

In the evening, at a bureau session, members will sum up the meetings. The next day parliament will vote over whether to declare trust in the government.