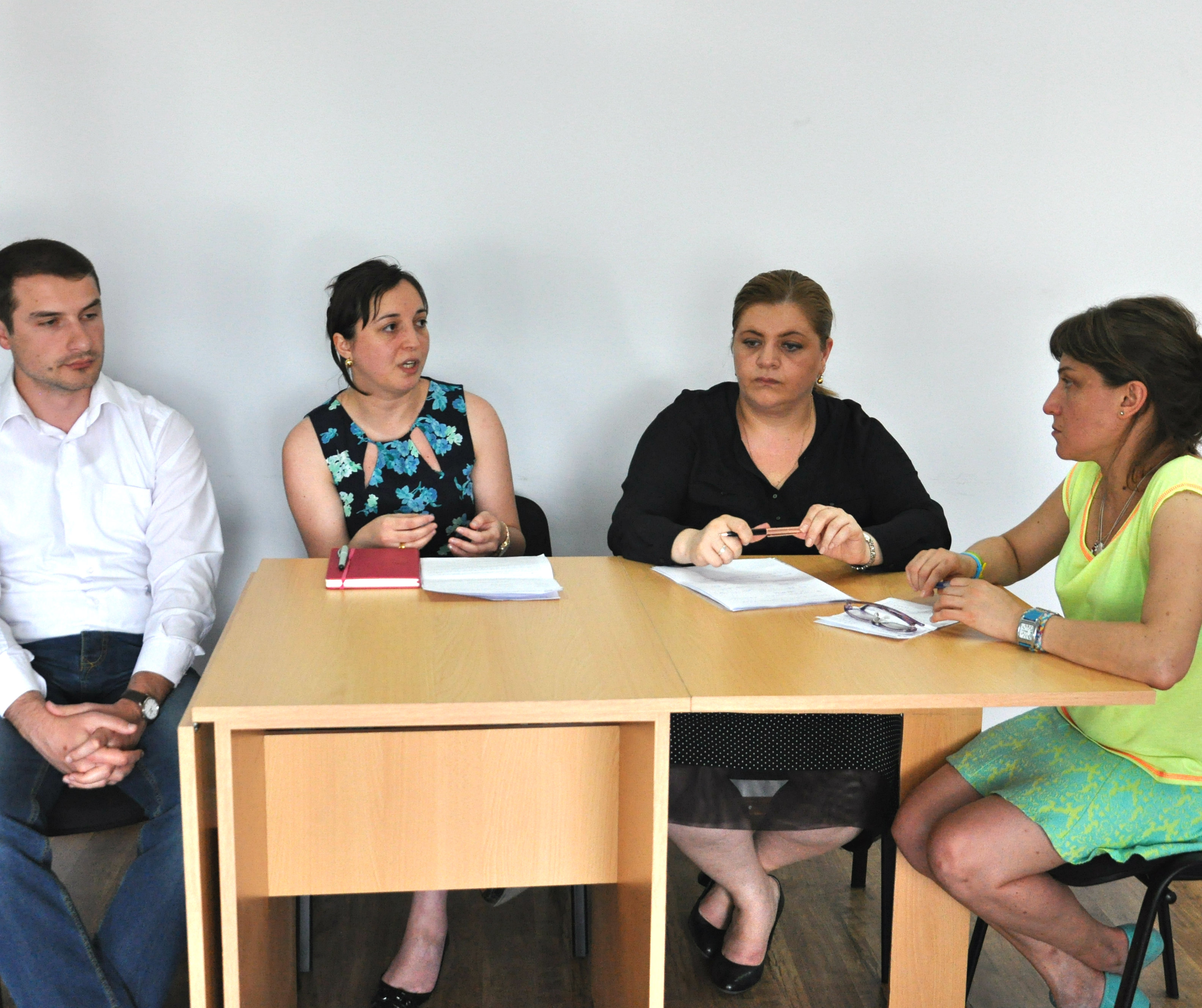 TBILISI, DFWatch–DF Watch organized a round table on election issues with representatives of two non-governmental organizations (NGOs) and an MP from the ruling Georgian Dream coalition.

They discussed amendments to the election legislation and also problems which they see as important to address ahead of the upcoming presidential election, as well as future elections.

MP Irina Imerlishvili, who chairs the committee on procedural issues in parliament, and is a member of the inter-faction group, and also has worked on the amendments to the election code, Lela Taliauri, representative of Georgian Young Lawyer’s Association, and Levan Natroshvili from Transparency International Georgia, participated in the discussion.

Both GYLA and TI were actively engaged in the working process of reviewing the election legislation amendments.

Irina Imerliashvili presented the amendments which were recently passed by parliament and have come into force. The amendments mainly concern improving the process of holding an election campaign, such as participation in campaigning, the voters’ list, the issue of transferring the interagency commission from the Security Council to the Ministry of Justice and also party financing issues.

According to the new regulations, the voters’ list will be completed by the use of biometrical data, but this will be first used for the local elections in May 2014. The presidential election in October 2013 will be conducted on the basis of the list which was drawn up in the parliamentary election last year.

Most of the amendments concern regulating the election campaign. The legislation defines ‘the campaign period’ as the last 60 days before Election Day. Another amendment is that it won’t be possible to change budget bills before local government elections, in order not to allow the spending of budget money for the benefit of the ruling party.

Irina Imerliashvili says that parliament will return to the issues related to media in September and possibly may even adopt changes before the presidential election.

This will deal with free air time for political parties in television and the so-called social media, which often function as covert political commercials.

You can watch the discussion with English subtitles here: http://www.youtube.com/watch?v=9Mf1_-FYVh0