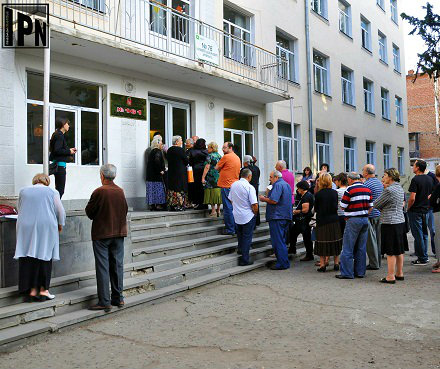 TBILISI, DFWatch–The Central Election Commission has lifted restrictions on the use of photo and video cameras at election precincts.

In a statement, CEC writes that it has revoked a resolution by the commission which prohibited the filming or photographing of voting booths, an issue regulated by the election code.

The election code allows people with permission to be at election precincts to take pictures and video without interrupting the election process, but there was a ban on pointing the camera at the voting booths.

The CEC has also cancelled the regulation which prohibited journalists from returning to an election precinct after first having left it.

During the parliamentary election in 2012, journalists had to work under these restrictions. If they left the precinct once, they could only go to other precincts and either stay there or move to yet another precinct. In addition, there was only one spot allocated for journalists for taking pictures and filming.

Now the new CEC regulation reads that any person who takes photo and video must be at least three meters away from the subject, except in cases where the precinct building doesn’t allow this regulation to be followed. In such cases the chairman of the precinct election commission decides about the shooting locations.

The photo ban introduced in 2012 was justified by a concern that voters would feel pressured by the presence of cameras, but campaigners argued that photographic evidence is vital in documenting potential fraud.