Georgian youth: Learn the truth about our country

Georgian youth: Learn the truth about our country 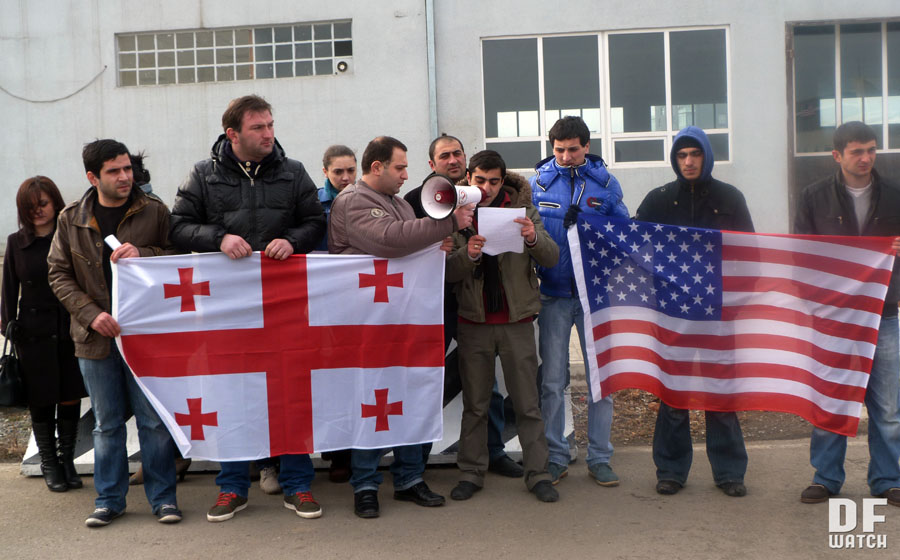 Youth activists appreciate the U.S.' efforts at supporting democracy, but believe that the truth about what is really going on in Georgia doesn't get through to Washington. (Photo: Mari Nikuradze.)

TBILISI, DFWatch – As the presidents of the United States and Georgia are preparing for their first meeting in Washington, Georgian youth groups today rallied in front of the U.S. embassy in Tbilisi.

Their message was that American authorities need to know more about what’s really going on in this country and not believe what Georgian president Mikheil Saakashvili is saying. Activist Zaza Svanide described him as an English-speaking president who is talking all the time about how everything is all right here.

“If Barack Obama is meeting our president today, he should know who he is dealing with,” Svanidze said.

In an appeal to the U.S. embassy, the youth activists said that the USA doesn’t have enough information of what’s really happening in Georgia, meaning the numerous problems media are facing, human rights violations, the situation in the penitentiary system and other areas.

“Mr Bass [U.S. ambassador to Georgia], we want you to bring [U.S. authorities] information about the discriminatory democracy in Georgia,” Svanidze said.

The activists wanted the ambassador to inform the U.S. administration about the real picture in Georgia: terrible problems in the penitentiary system, ‘how unfree and undemocratic the media is, how elite corruption blossoms in the country and generally how human rights are violated in Georgia.’

The activists say it was important to hold the rally today, just before the meeting of the two presidents, which will take place at 11 pm Georgian time. 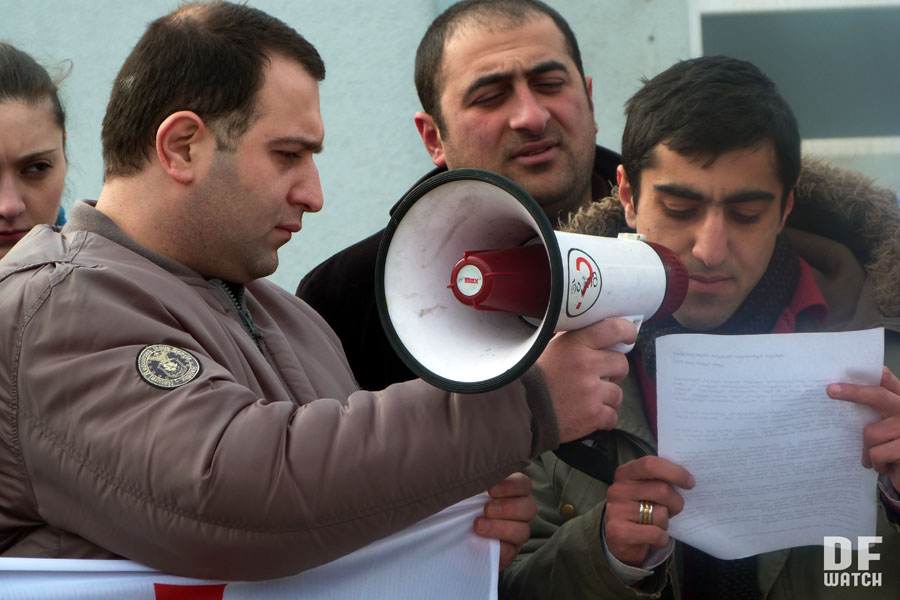 Protesters also called for further investigation into the murder of a bank employee, Sandro Girgvliani, by interior ministry servicemen in 2006. Those who carried it out have served sentence terms, but many believe that the murder was ordered by officials high up in the government. (Photo: Mari Nikuradze.)

They expressed hope that Ambassador Bass will receive and transfer the information they provided in their statement.

The activists highlighted the Sandro Girgvliani murder case from 2006. He was a bank employee who was murdered late at night by representatives of the Interior Ministry right after he had had a dispute in a café in Tbilisi. Those who carried out the murder were sentenced and have served time in prison, but the case is highly politicized and the Georgian opposition and civil groups consider the court case insufficient, as only those who actually carried out the murder were punished, not those who ordered it, who have positions high up in the government. They demand that all those involved in this case are punished.

The youth groups also said they wanted to celebrate 20 years of diplomatic relations bewteen the two countries and the help and support of the USA.

Zaza Svanidze said America is sparing no effort to help strengthen democracy in Georgia, but it is not enough.