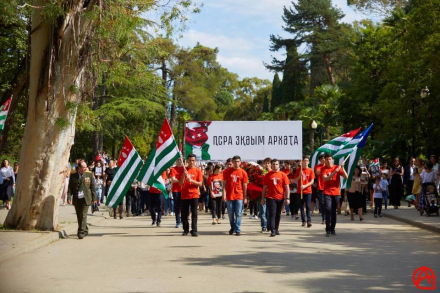 Among the planned events will be a procession by the initiative group “Our Heros’ Way”, which is mainly made up of Abkhaz youth.

However, Georgian schools operating in the Gali district have also been ordered to be involved in the celebrations, locals told DFWatch. In particular, each school principal was ordered to attend one event, a concert in the center of Gali.

Georgian schools are routinely made to participate in this and other similar events every year.