Georgian president plans details of his own cremation

Georgian president plans details of his own cremation 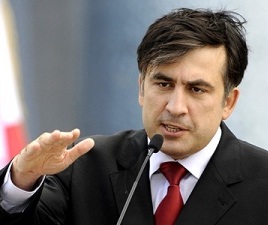 Mikheil Saakashvili says he wants his ashes to be spread in Anaklia, a holiday resort close to where Russian security police, FSB, are guarding the Abkhazian border. (Photo: Interpressnews.)

TBILISI, DFWatch – The Georgian president says that after he has passed away, he wants his ashes to be spread over a holiday resort on the shores of the Black Sea.

President Mikheil Saakashvili said this during a visit to Kutaisi, Georgia’s second largest city, where he is to open a new parliament building in three weeks time.

The Georgian leader spoke about how he loves the different regions of the country. He said there is a special aura and atmosphere in Anaklia, a resort right next to Abkhazia’s FSB-guarded southern perimeter.

“That is my ground and I want my ashes to be spread there when I’m gone.”

The resort is currently undergoing repairs, on the president’s initiative.

One of the grand projects implemented there was the Anaklia-Ganmukhuri bridge, which the president opened late summer 2011. At the opening ceremony, the president promised that Anaklia will become one of the largest resorts in the Black Sea region.

Later the same year the bridge was partly destroyed due to bad weather. After consultations with German specialists, a plan was developed for how to reconstruct the bridge. This was made necessary because of engineering errors in the original construction. Reconstruction works began.

Yesterday, the president also spoke about the capital Tbilisi.

“Tbilisi is not only the capital of Georgia, but of the whole Caucasus,” he said, adding that the city is a regional center and its importance increases by the day.

“Tbilisi is the capital of Armenia, Azerbaijan, by history and by culture,’ the President noted, ‘Tbilisi has become a role model for the whole region in regards to reforms and economic progress.”

During his speech on Wednesday, the president promised to make Tskaltubo, a balneotherapy resort in a small town in western Georgia, the greatest place in Europe. He said rehabilitation work will start there in two months.

Saakashvili also announced that in a few years, the construction will start of new tunnel connecting Kutaisi to Mestia, the center of Svaneti, a high mountain region.

“We should get there in 15 minutes from here,” the president said at the Lado Meskhishvili Theater in Kutaisi. “Kutaisi will be a center for economy, industry, tourism and generally a center for good life, not only for Western Georgia but probably for the whole of Europe.”