Georgian minister says there will be no Ukraine scenario here

Georgian minister says there will be no Ukraine scenario here 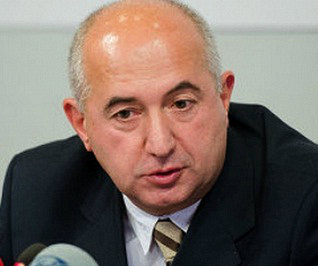 TBILISI, DFWatch–Minister for Reconciliation and Civic Equality Paata Zakareishvili rules out that there will be a repetition in Georgia of what took place in Ukraine.

Three months of protests in the center of Kiev turned violent, ending in President Viktor Yanukovich fleeing the country and an interim government taking over on February 22.

The Georgian interior minister said in an interview with the newspaper Prime Time on Monday that he has information that the National Movement party, led by former President Mikheil Saakashvili, is preparing a similar scenario in Georgia.

He claimed the plans are so far progressed that a store of tires is being prepared.

Saakashvili left office in November last year, and has since been involved in the Kiev protest movement, dubbed ‘Euromaidan’.

Commenting on this, Zakareishvili told reporters that Georgian society is consolidated and unified.

He said he was pleased not more than 60 people turned up for recent demonstrations in support of Russia.

“It’s not necessary to fight against these people. It rules out any fears, doubts; although Russia has some support in Georgia,” he said.