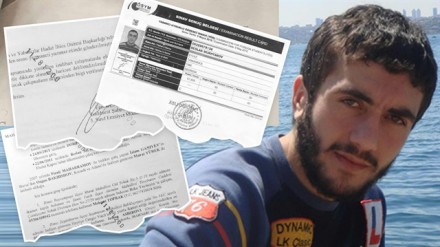 30-years-old Beslan Mukhtarov was confirmed as the 17th Georgian citizen who was killed while participating in the conflict in Syria and Iraq, Voice of America reported.

According to the report, Mr Mukhtarov was killed in December 2015 in a Russian airstrike near the Syrian–Turkish border. It isn’t clear, however, whether he was an active combatant or he was using his medical training to treat wounded fighters.

According to Turkish security officials, Mr Mukhtarov crossed into Syria in November 2015 and joined Islamist military organisation Jabhat an-Nusra — a Syrian branch of al-Qaida which is fighting against Syrian government’s forces under command of president Bashar al-Assad.

He was born in Qarajala, a village in Telavi district, which is inhabited by an ethnic Azerbaijani majority. In 2010, long before he travelled to Syria, he was enrolled in a PhD programme at prestigious Cerrahpaşa Medical Faculty at the University of Istanbul.

Turkish right-wing daily newspaper Yeni Şafak (‘New Dawn’) reported back in February that Mr Mukhtarov had been under observation by the Turkish intelligence as a potential terror suspect after he made public statements critical of both Israel and Fethullah Gülen, a dissident Turkish preacher residing in the United States, following the 2010 Gaza flotilla raid, during which nine Turkish activists were killed by the Israeli Navy.

In 2011, he was refused to enter Turkey after one of his visits to Georgia. Trying to re-enter the country, he engaged in a four-year-long legal battle with Turkish authorities. Yeni Şafak wrote that unable to continue his studies, he spent his time in Qarajala working as a shepherd, following which he decided to travel to Syria in order to join Turkish-speaking rebels in Turkmen Mountains in Latakia region, close to the border with Turkey.