Georgian drivers can now check if their car is radioactive

Georgian drivers can now check if their car is radioactive 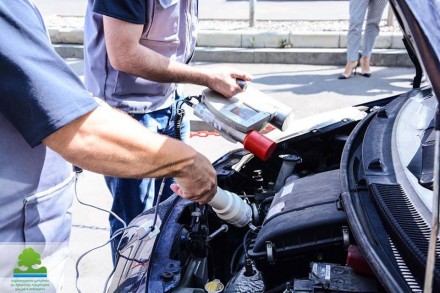 TBILISI, DFWatch–Georgian drivers can now get their car examined for radioactivity. But why would they want to do that?

The new radiation control service became available on Wednesday and will be handled by the agency for nuclear and radiation security of the Environment Ministry.

The ministry’s unusual concern for radioactive cars is related to the fact many of the vehicles seen driving along Georgian roads have been imported from Japan, which experienced a nuclear disaster at the Fukushima power plant in 2011.

Vasil Gedevanishvli, head of the agency, told DFWatch that even though cars are examined at the border control, it will now be possible for drivers to voluntarily approach the agency and re-check their car.

Gedevanishvili says that after the Fukushima nuclear disaster in 2011, there have been 40-50 cars in Georgia that were found to be radioactive. In most cases, the radiation level was insignificant, but the cars were cleaned nonetheless.

In one case during the last year, a car had a relatively serious radiation level and was impossible to clean. That car remains in port.

He says that many people are interested in examining their cars, even though they are checked at the border.

The nuclear and radiation agency at the Environment Protection Ministry was created in fall of 2015.