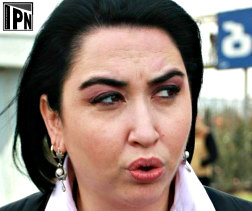 TBILISI, DFWatch–The government in Georgia is proposing an amnesty for people who are in the possession of illegally obtained footage of someone’s private life and are willing to hand it over to the Interior Ministry.

A bill has been drafted and will soon be presented in parliament for review.

Eka Beselia, head of the parliamentary committee on human rights, said that it was a decision by the Interior Ministry to announce an amnesty for people who due to various reasons are in the possession of illegally obtained footage of people’s personal life and have been illegally keeping such footage until now.

But the amnesty will not apply to people who carried out the illegal surveillance, she explained; it is for people who have such recordings – original or copy – in their possession, but did not themselves participate in obtaining it.

The amnesty will be open for people to come forth for one month after the law comes into force, and during this time holders may hand in such material to law enforcement bodies.

“This will be a good legal way towards destroying the footage, as illegal footage may also be with many people. So we give them a chance to give up the material within one month,” she added.

The previous government was thought to use this method against political opponents, often publishing secretly recorded audio or video recordings of people’s private conversations, but the new government decided to destroy this footage, which is still being kept at the Interior Ministry.

Despite a number of statements by Interior Minister Irakli Gharibashvili that all or part of the footage will soon be destroyed, no measures have been taken so far.