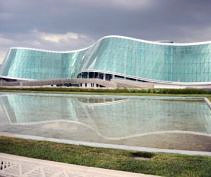 TBILISI, DFWatch–Three years after coming to power, the Georgian Dream government has delivered on an election promise to split the intelligence service the from the Interior Ministry. It will be a separate body from August 1.

According to an amendment approved by parliament, the Security Service will be established as a system of special departments under the government from on August 1.

The law defines rules for becoming an employee of the Security Service, their legal and social protection guarantees.

It is still unknown who will head either the new intelligence service or what will remain of the Ministry of Internal Affairs.

The prime minister has two weeks to name them, but people are already discussing several candidates, including current Interior Minister Vakhtang Gomelauri.

Gomelauri said he does not yet have any information and it’s the PM who has to make the decision.

“The PM has to present a candidate to the government. If the parliament approves the candidate, the new head will start working from August 1,” said Vakhtang Khmaladze, head of the parliament’s judiciary committee.

The intelligence service was a separate ministry until former President Mikheil Saakashvili decided to merge it with the Interior Ministry, arguing that it was too expensive to keep two separate bodies.

His critics accused him of wanting to create a powerful law enforcement body in order to use it as a tool against political opponents.

Splitting the intelligence parts away from the MIA was one of the election promises of Georgian Dream in the 2012 election campaign, but has remained unfulfilled until now.

It wasn’t until May this year that work on the reform began in earnest, although the government said earlier that it would not forget its promise.

“This amendment supports the decentralization of power and fulfills the promise,” Zakaria Kutsnashvili told journalists on Thursday.