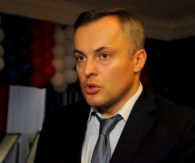 TBILISI, DFWatch–The deputy secretary of Georgia’s National Security Council, a former ambassador of Georgia to the United States, has resigned.

Batu Kutelia did not comment about his resignation, but Tamar Kintsurashvili, the second deputy secretary of the Security Council, Thursday confirmed that he had resigned.

Kutelia will continue to work in the US, but it is unknown in what position.

When Alasania left the position as Georgia’s permanent representative to the UN after the Russia-Georgia war in August 2008 and founded his own political party in 2010, many expected Kutelia to join his party. But he remained in Saakashvili’s government and was appointed ambassador to the US soon after. He went on to become deputy secretary of the Security Council after Giga Bokeria became the secretary.

Since most of the staff of the Security Council are members of National Movement, it is expected that they will be dismissed after the election.