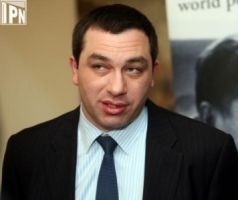 TBILISI, DFWatch–Georgia’s governing coalition may reduce the powers of the National Security Council and the council secretary to bring legislation in line with the constitution.

Constitutional amendments which were passed by the National Movement party when it was in government in 2010 will come into force after the upcoming presidential election. These changes will mark a shift in the balance of power, strengthening the office of prime minister on the expense of the president.

Now the Georgian Dream coalition claims that these amendments required a new legislative amendment in order to make it compatible with the new constitution.

According to the new draft, the Security Council will have authority over issues related to military structures and national defense organizations and evaluate threats in this area as well as make prognoses.

The bill’s explanatory note says that the chairman of the Security Council is the president, who will no longer have the right to lead country’s domestic and foreign affairs policy.

The Security Council will also be responsible for issues related to Georgia’s participation in military missions abroad in accordance with international agreements signed by Georgia, as well as dealing with situations when the the president announces war or a state of emergency.

The powers of the Secretary of the Security Council will also be reduced. His authority will apply to the country’s defense, assisting the president during emergency or war by providing information and analysis, proposals for how to manage crisis situations and coordinate defense issues. He will no longer have the right to manage crisis situations on the highest political level.

Another amendment concerns the law about defense, according to which the joint staff of Georgia’s armed forces will transform into a general staff. The Georgian president will approve countrythe ’s defense strategy and mobilization plans.

Vakhtang Khmaladze, member of parliament from the Georgian Dream coalition and chair of parliament’s judiciary committee, says that the authority of the Security Council is now very wide and this violates the limits set by the constitution, and particularly points to the power the secretary of the council has had, a post currently held by Giga Bokeria.

He notes that the new bill will regulate and correct these issues. He also explained that according to the the new bill, the president will have the right to select members of the Security Council.

The constitution gives the president the right to appoint members of the Security Council, but other parts of Georgia’s legislation didn’t give him this right until now.

“We selected the staff of the Security Council. It’s permanent members and the president has the right to select, among ministers, not more than three members of the council, and this will depend on him to decide who he will appoint, for how long and when he will dismiss them. All this will be right of the president.”