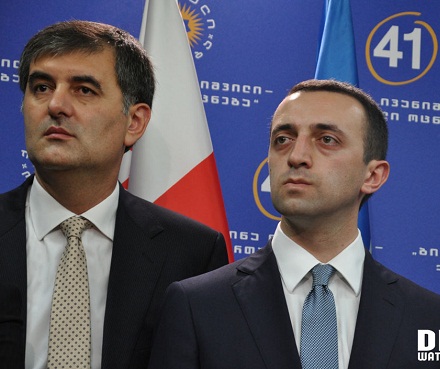 TBILISI, DFWatch — Georgia’s new government plans to give thousands of prisoner amnesty, but has not yet specific what categories of prisoners will be released.

The most recent figures, from July 1, 2012, show that there were 23 406 prisoners in Georgia at the time. The number has not significantly changed since then. Human rights organizations consider these figures alarming.

According to a report about the implementation of the European Neighborhood policy, which is about the year 2011, the number of prisoners in Georgia is one of the highest in the world per capita.

This issue is subject to frequent criticism and after winning the election, the Georgian Dream coalition stated that one of its main priorities will be to solve this issue.

Zakaria Kutsnashvili, a lawyer who represens the Georgian Dream coalition in parliament, told DF Watch that a complex reform is needed in this area, which also includes announcing an amnesty.

Eka Beselia, also a lawyer and chair of parliament’s committee for human rights representing Georgian Dream, says that consultations are being held within the team and there already is a working draft of the document.

“The amnesty should be as large as possible containing many articles,” she said.

Beselia explains that there are no talks yet about which categories of prisoners will be part of the amnesty, but she also says that prisons need to be unloaded. This will apply to underage prisoners and women, and people convicted of less serious crimes.

Sozar Subari, future Prison Minister, said that the number of prisoners will be reduced to half.

“Prisoners, whose health condition is very difficult, will leave prison or will be offered normal medical treatment in facilities,” he said, adding that the amnesty will not apply to organized crime and more serious crimes.

Eka Beselia will work on a law about amnesty, who plans to involve civil society representatives in this process together with colleague MPs.

“Very soon, I plan to set up a council of experts together with law defenders and civil society representatives. I will prepare a law on amnesty with them. We will create mechanisms which will make it possible to release people arrested on political grounds.”

Ucha Nanuashvili, Director of Human Rights Center, says that according to several criteria adopted by the Council of Europe, there are about 150 political prisoners in Georgia. But Saakashvili’s government permanently refused having political prisoners in the country. In this context it is also interesting that Human Rights Watch doesn’t use the term ‘political prisoner’ regarding Georgia, but this organization focuses on people arrested under the Administrative Violations Code, which HRW considers, violates international standards and is a general problem.

Tea Tsulukiani, future Justice Minister, tells DF Watch that amnesty as political-legal instrument mainly defines policy of fighting against crime and accordingly it should be defined very precisely which articles it should apply to. She excludes the version discussed in society that all prisoners will be released.

Parliament should adopt a law on amnesty, but the president should sign it into force. There is a possibility that Saakashvili will not sign law of Ivanishvili’s government. Eka Beselia suspects that the president will not support the amnesty.

“Everyone knows well what political situation there is in the country, so I don’t think there will be any resistance.”