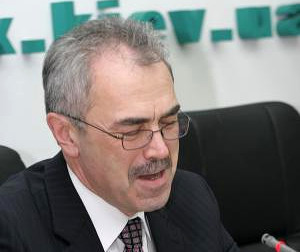 TBILISI, DFWatch–An ally of the exiled former Ukrainian president Viktor Yanukovich has been detained in Tbilisi by Interpol on suspicion of corruption.

Igor Kiriushin (59), a veteran official at the Ukraine’s Ministry of Energy, was detained at Tbilisi airport on Saturday as he walked off a plane from Russia.

Interpol’s Georgia office and local law enforcers arrested Kiriushin on Saturday, but Ministry of Internal Affairs made the information public only Wednesday morning after Ukraine’s Prosecutor General Yuriy Lutsenko wrote it on his Facebook page.

Lutsenko wrote that Igor Kiriushin, a former deputy minister, is accused of embezzlement of over 2 billion hryvnia of public funds under the presidency of Victor Yanukovich, who was ousted and fled Ukraine in February 2014.

2 billion hryvnia is about USD 74 million according to the current exchange rate, yet would by a much larger sum if taking into account the drastic devaluation of Ukraine’s currency over the last years.

The legal procedures for extraditing Kiriushin to Ukraine are now in motion, MIA states.