Georgia denies rumors of a return to CIS

Georgia denies rumors of a return to CIS 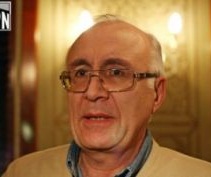 TBILISI, DFWatch — Georgia is not considering to return to the Commonwealth of Independent States (CIS). There is no contact with Russia about this issue.

This is how official Tbilisi responds to Russian media who are reporting that there are negotiations with Georgia about getting back into CIS.

Zurab Abashidze, the Prime Minister’s special representative for Russian relations, tells DF Watch he has no idea where the Russian media has this information from.

Russian media on Tuesday quoted Mikhail Evdokimov, the director of the First CIS Department of Russia’s Ministry of Foreign Affairs, who said there are ongoing negotiations with Georgia.

“No one expelled Georgia from CIS, that was a decision by the country,” the Russian diplomat said, adding that if the leaders of the country wants to, it can get back into CIS.

He also said that there have already started negotiations with the leadership of Georgia about this issue. In his opinion, none of the CIS countries will be against Georgia returning as a member.

Georgia left CIS after the Russia-Georgia war in August, 2008, although before the war there was a discussion about leaving the union.

“Within the frames of my dialogue with Mr Karasin, we never mentioned CIS. Accordingly, we haven’t discussed the CIS issue at all,” Zurab Abashidze says.

He adds that he will try to find out why Mikhail Evdokimov made such a statement.

Deputy Foreign Affairs Minister Davit Zalkaliani also said there is no contact with Russia regarding Georgia getting back into CIS.

“The information reported in the media is not true. Our foreign policy course is declared and this is the choice of the Georgian people – Euro Atlantic integration,” he said.

Alexy Petriashvili, State Minister for Euro and Euro Atlantic Integration, sees the statement by the Russian diplomat as not serious. He says it is up to the Georgian government to decide which organizations and which the country should join.

“Those are EU and NATO. We won’t change those priorities and will continue working in this direction,” he said.

But the opposition party of President Saakashvili demands that Prime Minister Bidzina Ivanishvili and Foreign Affairs Minister Maia Panjikidze make clear their positions on this issue.