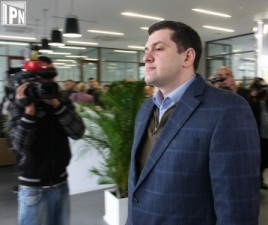 Former head of the general headquarter Giorgi Kalandadze was taken in for further questioning, but has been released against bail for a second time. (IPN.)

TBILISI, DFWatch — The former head of Georgia’s general headquarters, who was taken in for further questioning, has been released.

This time Giorgi Kalandadze was released against USD 6 000 bail. The former interior minister Bacho Akhalaia is still in preliminary detention.

A staunch Saakashvili ally, former prison, defense and interior minister Bacho Akhalaia was detained November 7, a few days after he returned to Georgia, ready to answer every question. First charge was abuse of powers. Later he was charged with illegal deprivation of freedom and on Monday the prosecutor’s office added a new charge of torture.

At the first hearing, the court determined that Bacho Akhalaia had to stay in preliminary detention until the first pre-trial hearing on December 25. His lawyers appealed this decision at the Appeals Court, but on Tuesday the court left the city court’s decision in force.

Giorgi Kalandadze was Friday let out against USD 12 000 bail, but will Tuesday had to pay another USD 6 000 to be free. Akhalaia will remain in preliminary detention.

In Giorgi Kalandadze’s case the judge chose to rely on the assessment of him by his deputy, who now is acting head of the general headquarters. This assessment was positive, and Kalandadze is ready to cooperate with the investigation. That’s why he was released again.

Another hearing about the new charges is scheduled for January 4, 2013.