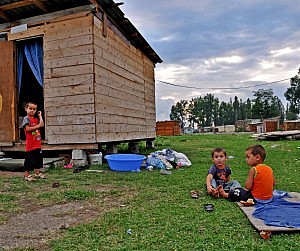 TBILISI, DFWatch–The French Office for the Protection of Refugees and Stateless (OFPRA) has listed Georgia as one of the countries considered safe at the national level.

This means that people from Georgia who seek asylum in France cannot receive it easily, only in case of individual applications addressed to OFPRA. In this case, asylum seekers aren’t allowed into France until their appeal is in the process of being reviewed.

According to OFPRA, a country is considered safe if it ensures compliance with the principles of liberty, democracy and the rule of law, human rights and fundamental freedoms.

The decision was made by the board of directors of OFPRA to list Georgia together with Albania and Kosovo on this list.

According to the OFPRA website, the list of safe countries was introduced in June 2005 and has since been revised several times. It is not frozen in time and can be changed later, either by the withdrawal of some countries in case of a deteriorating situation, or by new additions.