Freedom to peaceful assembly and freedom of movement

Freedom to peaceful assembly and freedom of movement 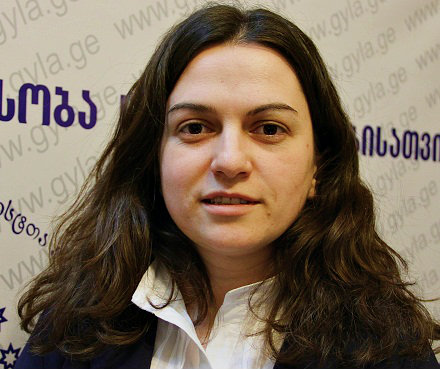 Nona Kurdovanidze is coordinator of the Project ‘Innovative and Durable Solutions to Displacement‘ at the Georgian Young Lawyer’s Association.

I can think of a number of demonstrations over the past few years when the police arrested participants for blocking traffic and violating the public order. However, today, I would like to draw your attention to the latest incident of May 1, 2013 in which the question how the state should keep balance between freedom to peaceful assembly and freedom of movement became topical again.

On May 1, 2013, International Labor Day, students organized a demonstration to stress the importance of labor and other related issues. The peaceful demonstration united 400 participants in support of the rights of labor. After the participants moved to Rustaveli Avenue 8-10 minutes before the scheduled end of the rally, the police responded to the demonstrator’s movement by detaining them. As officially reported, they subjected 37 demonstrators to administrative arrest, including nearly all organizers of the demonstration.

Within several hours after the arrest, police released participants of the rally and reported about implemented administrative proceeding in terms of these individuals. Furthermore, police stated that arrested and afterwards released persons should have been submitted before the trial. Indeed, the first instance court imposed an administrative penalty of 400 laries on 6 demonstrators and a penalty of 100 laries on 9 demonstrators. The court reprimanded 18 demonstrators, while dropping the charges against them. The court terminated the proceedings of 4 demonstrators for lack of sufficient cause.

It will be interesting to say some words about conducted trials, since similar cases and rendered decisions have been frequently criticized by local or international organizations. It is a positive development that the court did not uphold police’s evidence and terminated the proceeding against four of the demonstrators. However, it is a positive exception rather than a rule. In similar cases, the court continues to apply the defective practice of its past by upholding charges on clearly insufficient police evidence. In particular, the court stated, “the police possess relevant skills and capacities for evaluating the case adequately. Its explanation is based on the witnessed fact of offence, therefore, this source of proof is unique.” As a result, in number of cases, the court founded its judgment merely on police evidences. Therefore in similar cases, the adversary system is merely a mirage.

As for the ground of arresting rally participants, in the reports of detention police made reference to the Code of Administrative Offences of Georgia, namely Article 166 (petty hooliganism) and Article 173 (Disobedience to the legal orders of instructions of lawenforecment officers). As reported by the police, petty hooliganism has been revealed in blocking the Rustaveli Avenue by rally participants and in using foul language, by which public order was disrupted, whereas disobedience to police instruction has been revealed for disobeying the orders of the police to cease their conduct. We would like to remind you, that similar charges have been utilized by police for years to detain peaceful rally participants and to bring them before to court for administrative violations. Local or international organizations consistently criticized the court’s handling of these types of cases and their decisions.

Was partial disruption of traffic movement at the Rustaveli Avenue (which should have lasted up to 10 minutes) sufficient ground for intervention in exercise of the right to freedom of assembly and manifestation?

Apparently, to some degree demonstrations usually entail the disturbance of normal public order. Prohibiting demonstrations to ensure the movement of traffic is not sufficient grounds for restricting the right to freely demonstrate. Therefore, when right to assembly is restricted at the expense of other rights, the restriction should be necessary for protection of other equal legitimate good. Only cases of legitimate public interest justify restricting the exercise of the freedom to assemble.

I consider, that the short-term and partial disruption of traffic was not sufficient ground for the massive arrest of International Labor Day demonstrators by the police. The right to assemble freely takes priority, while restriction of freedom of movement was reasoned by objective necessity.

Coordinator of the Project ‘Innovative and Durable Solutions to Displacement‘