Down Syndrome Day marked in Tbilisi

Down Syndrome Day marked in Tbilisi 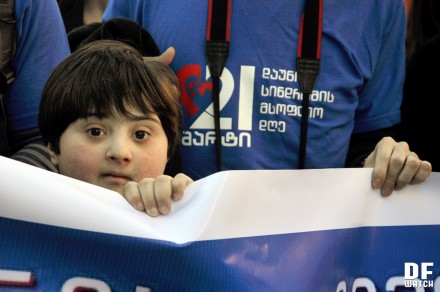 TBILISI, DFWatch–Georgia marked International Down syndrome Day on March 21 with a march that started in Vake Park and ended at Tbilisi State University.

This year’s main message worldwide and in Georgia was about friendship and socialization of people with Down’s syndrome. ‘My Friends My Community’ was the name of today’s event.

The World Health Organization concluded that it is wrong to say that people with Down syndrome live less, or that they cannot grow normally or feel happy.

Union Our Children organized a series of events in Georgia over the course of a week, which included photo exhibitions, discussions, conferences and a demonstration with a flash-mob. 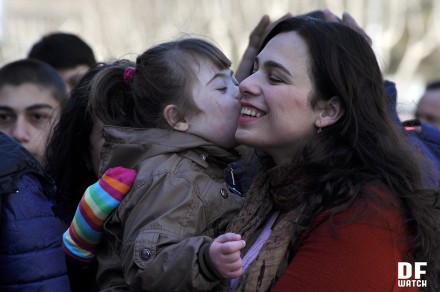 Activists, parents and children, some of whom have Down syndrome, participated in the demonstration, bringing colorful balloons and posters aiming to raise awareness among people.

Lia Tabatadze from the Union Our Children says that over the years, the Georgian people has learned to better acknowledged that Down syndrome is a genetic disorder which is not hereditary, nor can it be transferred. 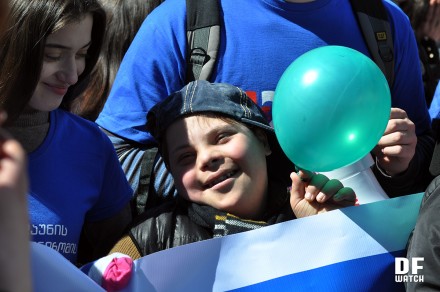 She referred to a recent scandal when a member of parliament used Down syndrome as a term of abuse. MP Gogi Topadze claimed that President Giorgi Margvelashvili had compared Georgia to people with Down syndrome, and this led to a strong reaction among parliamentarians and the general public.

“Politicians and officials have to control what they are saying. Society doesn’t make such mistakes anymore. Problems come from the government,” Tabatadze said, adding that they are cooperating with the Education Ministry to find ways to raise awareness.

In 2011, the United Nations declared March 21 the International Down Syndrome Day. The cause for the genetic irregularity causing Down syndrome is unknown. 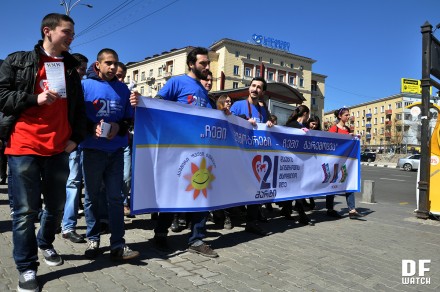 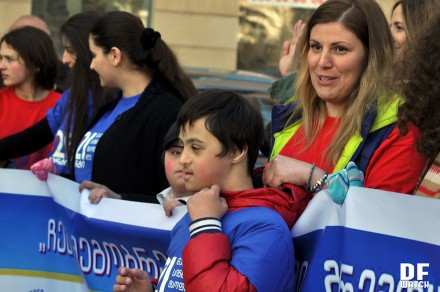 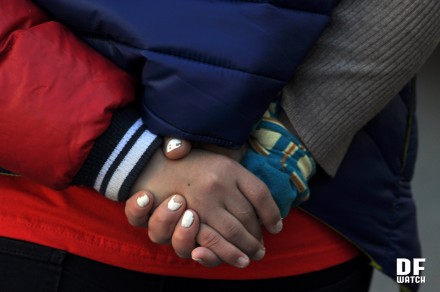 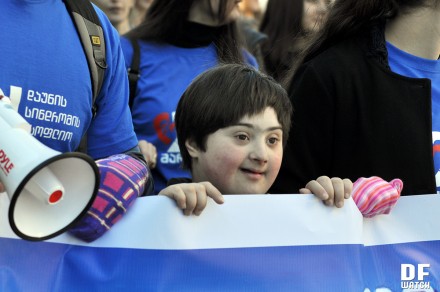