Dirty archive to be destroyed in two weeks

Dirty archive to be destroyed in two weeks 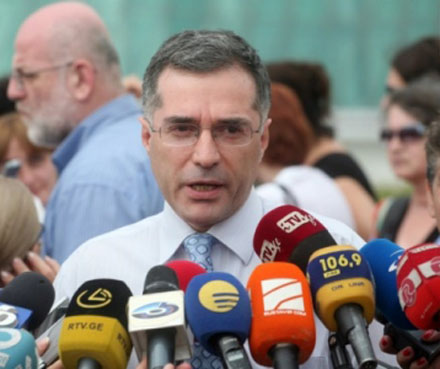 Lasha Tugshushi, commission member says the part of archive will be destroyed by August 15 (IPN)

TBilisi, DFWatch – Authorities in Georgia have set a time frame of two weeks for destroying part of an archive containing illegally obtained surveillance footage during the previous government.

Lasha Tughushi, who is member of a commission to monitor the destruction of the footage, told journalists on Wednesday that the most ‘sensitive and dirty’ footage will be destroyed by August 15. The material to be deleted includes nearly 100 files of recordings of people in private situations.

“There is a huge archive of illegal footage in the Interior Ministry, and it requires correct management,” he said, adding that the commission will draw up a set of rules for what should be done and how to handle the archive.

But the recordings have not yet been destroyed as the deadline for scrapping the archive has been postponed several times for various reasons. A commission was set up to monitor the destruction process and decide when and what part of the footage to destroy, as part of it is needed for investigation.

The governing Georgian Dream party also proposed giving amnesty to people who come forward with illegal footage and hand it over to the government within a month. President Saakashvili’s National Movement party was opposed to such an amnesty, but parliament passed the bill.