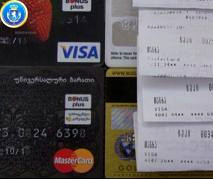 Investigators describe the case as ‘a large-scale international crime.’ The ten are suspected of illegally obtaining the data of credit cards belonging to citizens of the United States, Canada, Brazil, Mexico, Hawaii and South Korea.

The information was used to register fake credit cards. The next step was to withdraw money with the fake cards.

The total amount of money obtained is more than 1.5 million laris, which is more than USD 600 000. The crimes also affected the banking system. Police seized the fake credit cards in the houses of the detainees, together with data, computers and machinery for making credit cards.