Confusion about what will happen to Imedi TV

Confusion about what will happen to Imedi TV 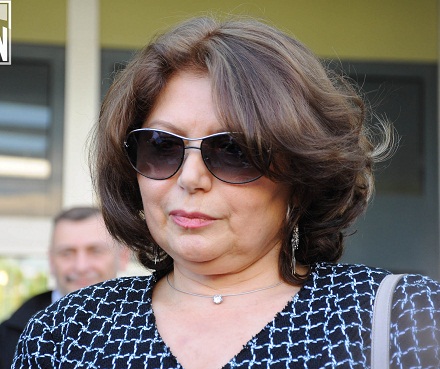 TBILISI, DFWatch — A government-controlled TV channel is in the process of be transferred back to the family of its old owner, the deceased businessman Badri Patarkatsishvili.

The return of Imedi TV to its fonder’s family has become the hottest topic on social networks in Georgia.

The family of deceased tycoon Badri Patarkatsishvili, who was a candidate in the presidential election in 2008, today arrived at the office of Imedi, and were greeted by applause by employees as they arrived.

Giorgi Arveladze, former director of Imedi, welcomed the family. The wife and sister of Patarkatsishvili arrived with their lawyers.

The channel officially is still 100 percent owned by Georgian Media Production Group Ltd, which is headed by Arveladze, but the process of transferring it to Patarkatsishvili’s family has started.

“We don’t stand behind or in front of anyone, as we are a family, that wants balanced and objective television,” Mzia Tortladze, sister of Patarkatsishvili, told journalists after the meeting at Imedi’s studios.

Staff policy will change at the TV company, she said, adding that they cannot speak of details yet as today is an emotional day for every one of them.

It is also unknown who will be the new of Imedi TV.

Ina Gudavadze, widow of Badri Patarkatsishvili, today said that employees who acted incorrectly will have to leave.

“Our family will finance the TV station,” she said, again noting that they cannot talk about details right now.

Giorgi Arveladze, former Economy Minister and a close associate of President Mikheil Saakashvili, yesterday left his post as director of Imedi, shortly before a statement was released about handing the channel back to the family of its founder.

Family members of Badri Patarkatsishvili said no news programs will be on air until the transfer of the channel has been completed.

As soon as the channel is officially owned by its new owners, the news program Kronika will be back on air.

Imedi TV closed all entertainment and humor programs shortly after election day, announcing that the channel would only focus on news programs. It is still unknown what will fill the time slots which previously were held by news programs.

The anchor of Kronika’s 5 o’clock news announced at the start that this was the last news program, following a decision by the new management of the channel.