TBILISI, DFWatch – The man who challenges Saakashvili’s power in Georgia will get rid of the current president’s people and inoculate the country from something like this ever happening again, then leave office to join the opposition. 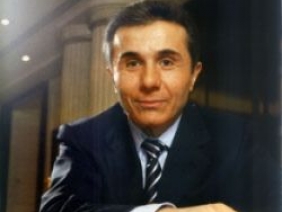 For the first time speaking with Georgian press, businessman Bidzina Ivanishvili said he will fire the Interior Minister and all other key people in government. Then he will ask civil society to rewrite the country’s constitution as a first priority, to prevent a Putin type eternal regime. He expects these changes to take two to three years, and after that he will step down.

The course towards Nato membership remains, but he seeks to make amends with Russia.

In a three and a half hour interview given to Ia Antadze from Radio Liberty and published Thursday on the website Kalmasoba.ge, Ivanishvili covers many of the country’s pressing issues. He discusses his strategy for addressing the issue that a big part of Georgia’s territory is occupied by Russia while diplomatic relations between these two countries are practically severed. Considering all the mistakes made under Georgia’s previous presidents, seen together with Saakashvili’s time as president, the businessman thinks that the coutry’s present problems are quite hard to solve in the near future.

“That’s what happens to small countries: some are designated as being under American influence, while others under Russian influence. We must find our place. Georgia is in a difficult situation is this regard. Our goal is to restore the country’s territorial integrity while maintaining as much as possible of our freedom,” Ivanishvili says.

Considering the country’s weak economy, the businessman thinks that it’s impossible for Georgia to be neutral. According to him, the ideal way is NATO and he promises to continue seeking closer attachment.

“NATO is the best option for our safety, but I don’t have any illusion that this situation can change quickly. I hope that we will get back the chance we lost a long time ago and that it wasn’t lost forever.”

Ivanishvili thinks the strategic partnership with the USA is very important for Georgia and that it’s also important to deepen these relations. But according to him, the Russian factor is also crucial, because it’s Georgia’s neighbor country.

The Georgian tycoon views NATO and Russia as seeking closer ties in the global policy framework.

“The process goes beyond the fact that soon they may not consider eachother as threat. I hope that in global politics, the relation will get closer and that the rigid relationships will soften. It will give us a chance to become more comfortable, for everyone to find a safe place for us.”

While on the topic of Russia, Bidzina Ivanishvili also speaks about Georgia’s two breakaway regions Abkhazia and South Ossetia. He thinks that it is crucial to have a just state and thereby become ‘interesting’ for people from these regions. A strong civil society has an influence on foreign relations:

“Georgians themselves are fleeing from their country; no one wants to stay here. Under such conditions, how can one convince Abkhazian to stay here, saying it’s better to live in Georgia?” he says, adding that it is very important to find common interests with Russia.

“I think Russia itself is fed up with the occupation of our territory. If Russia is really planning civilized relations with the civilized world, of course the South Ossetia and Abkhazia issue will be an unnecessary burden for Russia.” Ivanishvili thinks the country’s opponents will perfectly use this fact in the future, which is dangerous for Russia itself. “Caucasus is a difficult area and Georgia’s and Russia’s common interests are really possible in this direction.”

The businessman thinks that there is not anything that Georgia would be able to give up, explaining that independence is and will remain most important.

“We don’t want anything without freedom. It’s inconceivable that this issue can even become a question for debate,” he says.

Bidzina Ivanishvili lets the fact happen that if he comes to power, Georgian territory may not be united by the time he leaves office, but he promises that the process to get there will be in motion.

“I have a strong feeling that Abkhazia and South Ossetia will return to a united Georgia. It definitely will happen in such a timeframe that I will witness it,” he says, listing three main ways to achieve this aim. These are: a democratic and just country which will be ‘attractive’ for people from the breakaway regions; secondly, to find common interests with Russia; and thirdly, a favorable international environment and stronger support from democratic countries.

In his interview, the Georgian billionaire discusses President Saakashvili as partner of the United States. He says that America ‘loved him as we loved him’ during the Rose Revolution, and for a period after, but later both the Georgian people and the USA were furious and disappointed with him.

“What does Saakashvili do today that we cannot do? America is just as much a victim of its own project – Saakashvili – as we are. Today Saakashvili is as interesting for USA as [he is] for us.” The businessman criticizes Georgia’s politics before and after the war with Russia in August 2008, remembering how Russia imposed a wine embargo on Georgia in 2006 after four Russian diplomats were accused of being spies.

“They managed to crash all relations with Russia before the war. The Russian market was closed for us because of Saakashvili’s non-diplomatic, emotional, irrational, abusive expressions, while the whole world was striving for this market. And no one sacrificed for us after the war. Everyone tries to not offend Russia. They have managed it. They can’t export wine to Russia any more, and instead export to the Chinese market, but People in China don’t drink wine,” Ivanishvili claims.

Besides Saakashvili, the businessman also talked about others in government. Revisiting his own statement of October 7, in which he criticized, but also commended Interior Minister Vano Merabishvili, which have made some speculate that he might keep him in government, Ivanishvili explains that this personal appeal to Merabishvili did not mean that he will let him stay in government if he comes into politics. The businessman continues to say that ‘key persons’ in today’s government under no circumstances will be considered for the next government.

“They did Saakashvili a disservice, and today’s situation is a result of their great contribution. The idea of my appeal to Merabishvili was if they do the right thing and keep within the law before the elections — which I sincerely hope they do — they will be given the opportunity to at least set up a political party or be in business, or anything else. But they won’t be in our government,” he says.

Among his first goals for the new government, businessman names improving the Georgian Constitution.

“I see their handwriting – they will rewrite the constitution in one night as they want to stay in government longer and achieve ‘Singaporization’ or whatever it is… A good constitution is not something I can write, but what civil society will agree on.”

What it boils down to then, according to Ivanishvili, is to come up with a constitution free of the pitfalls which could lead to a Putin-type regime, which in many people’s opinion the present constitution allows for, should Saakashvili so choose. Ivanishvili says his plan is, basically, to make ‘significant changes’, and then after two to three years, he will leave government and start supporting the opposition to make sure that there is balance of power in society.

“I have never said this before, but I plan to enter our government’s opposition then. When I had written in my second letter that I will leave in two or three years, it means that I will be my government’s first opponent and I’ll strengthen the opposition, to be an appropriate control of the government,” he says explaining that’s why the strong constitution is needed but it’s not enough; society should also be prepared.

In his two open letters October 7 and 12, Ivanishvili made waves by criticizing all Georgian media, and specifically two independent TV stations, of being controlled by the government. The journalists working at Maestro and Kavkazia and commentators viewed the criticism as unfair. In his latest interview the businessman expands on what he is expecting from the TV stations, saying that to have independent media in a country is as important as having just courts.

“First of all I’d like journalists to show the actual truth and secondly journalists should be on the side of values. They should analyze good and bad and if both are bad, then [say] which is bad and which is worse.”

He speaks about the TV station Channel 9 which was owned by him since 1996, but was closed by the Regulatory Commission in 2004. He remembers the period around the rose revolution in 2003, saying that at that period everyone were euphoric because finally a democratic government had come into power. At the time Channel 9 was a channel that supported the pro-democracy cause.

“The whole staff was aware that if something would happen we would go on the barricades to protect freedom of speech. When this government came into power I didn’t dare let my TV channel continue operating. I thought my dream had come true and I didn’t want my television to make an ambush so I granted it to the government.”

He says his biggest mistake was closing Channel 9 after the revolution.

“In this situation that we have today my biggest mistake and responsibility was closing that TV station.”

He remembers that he realized what was happening later. He was supporting the [Saakashvili] government at first. “The public thought that the government was financed by Soros, but in fact, basically I was paying the money.”

“Time passed. I was hearing things and didn’t like it. But on November 7 [2007, a day of major social unrest in the Georgian capital] I was in strain and called Misha [President Saakashvili].. I firmly asked him “Stop it!” but he was saying: “you don’t know what’s going on.. Terrible things are happening.. There is a coup taking place..”

“..I told him directly, ‘Resign immediately and let the public judge your actions. I tell you directly that you are unacceptable as a president for me’.”

Ivanishvili says he was happy when Saakashvili temporarily left his post as president in order to campaign for reelection in the unscheduled snap election in January 2008, but felt responsible because he was asking for advice. But the businessman told him that he could not win the elections.

“But a week before the election he confessed that things are complicated. I understood what was happening, but could not dare stop what had begun, I reduced our contact. After all this I was ashamed of myself; that I could not take the right position in time.”

“On inauguration day I called him and told him that we were saying good-bye to each other. He was confused at that moment and said – ‘are you leaving me?’ And I answered ‘what do you mean, leaving? You have an inauguration day, not the start of elections.’ That was how it ended,” Ivanishvili says.