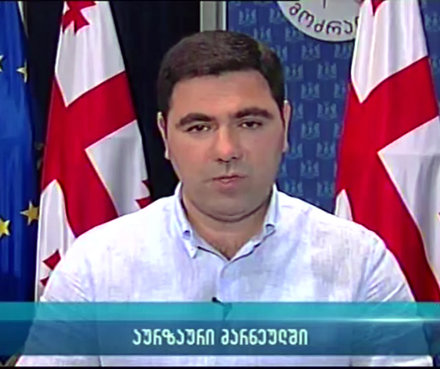 TBILISI, DFWatch–The Central Election Commission (CEC) in Georgia has canceled the registration of a National Movement candidate for gamgebeli of Marneuli in the June 15 local elections.

CEC explained that the candidate didn’t comply with the requirements of the election legislation; specifically, he hasn’t lived in Georgia for the last two years.

The UNM accuses the government of having double standards, because, according to them, CEC didn’t cancel the registration of two Georgian Dream candidates who also didn’t fulfil the residency requirement.

When Georgia holds local elections on June 15, it will be the first time mayors and gamgebelis – head of local municipalities – are elected directly in 12 cities and regional centers.

Marneuli was granted status as self-governing municipality under the new scheme and will thus have a gamgebeli who will be directly elected by the people.

UNM wanted to register Akmamed Imamkuliev as their candidate in Marneuli, but a little known local non-governmental organization complained to the election commission because Imamkuliev didn’t comply with the requirements of the law that he must have lived in Georgia for the last two years.

Two weeks prior, Prime Minister Irakli Gharbiashvili was criticized for saying that the government won’t let other parties win the election. Tbilisi-based NGOs argued that he was abusing his position as head of government for party political purposes, while Georgian Dream answered that he is after all party leader and every political party will fight to secure victory in an election.

Activists in Saakashvili’s party go further and claim that what Gharibashvili meant was that the government wants to get rid of opposition candidates in districts where they are vulnerable. They claim that this is the reason why their candidate in Marneuli was not allowed to register on the last day of registration.

Imamkuliev, an ethnic Azeri, would be running against Georgian Dream’s Merab Topchishvili, an ethnic Georgian, in what is a predominantly Azeri town 30 km south of Tbilisi. Locals DF Watch spoke to say Imamkuliev is a good man and is perceived  locally as a strong candidate.

Under Georgian law, a district election commission decides regarding registration of candidates, but the decision may be appealed to the CEC and if CEC upholds the the district commission’s decision, the party may pursue its case even further and appeal in court. On Sunday, CEC approved the decision by Marneuli district election commission and prohibited Imamkulev from participating in the election. UNM members say they will appeal in court.

The district commission’s decision was followed by a verbal confrontation between party activists and commission members. Afterwards, UNM member Khatuna Gogorishvili said that Speaker of Parliament Davit Usupashvili asked her off the record to withdraw the candidate, because the government had a weak candidate in this district, and Gharibashvili, who is a favorite of former PM Bidzina Ivanishvili, demands victory in every district. Usupashvili didn’t comment Gogorishvili’s claim.

UNM accuses the government of double standards, as CEC didn’t allow former Defense Minister Irakli Okruashvili participate in the election and rejected the UNM candidate in Marneuli, but on the other hand, allowed two Georgian Dream candidates to register, even though they too were in violation of the two year residency requirement. Georgian Dream’s candidates in Poti and Rustavi, Irakli Kakulia and Davit Jikia, weren’t taken off the ballot even though there was a complaint against them to the CEC because they hadn’t  lived in Georgia for the last two years.

“CEC proved that it follows orders from the government,” Gogorishvili said.