Can Georgia Avoid the Traps of the Past?

Can Georgia Avoid the Traps of the Past? 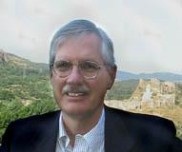 James V. Wertsch is Professor of Anthropology at Washington University in St Louis.

The results of the recent parliamentary elections in Georgia caught everyone by surprise. Observers had confidently predicted that Misha Saakashvili and his United National Movement (UNM) would prevail and that his declaration of victory would be followed by protests over what the opposition viewed as a stolen election. In the days leading up to the election tension was so high that a politically sophisticated young Georgian told me she had feared that civil war could break out.

But things didn’t turn out that way. The election went off largely without a hitch, and the opposition Georgia Dream coalition led by Bidzina Ivanishvili won a solid, but not lopsided victory. Perhaps more important, even before the vote count was finalized Saakashvili announced that the Georgian people had spoken and that his UNM coalition would move into the opposition in parliament. His unambiguous statement on these matters may end up being Saakashvili’s greatest legacy. It marked the first time ever that Georgia experienced a normal election followed by a peaceful transfer of power, and it provides an estimable example for others, especially neighbors in the former Soviet space.

Given how poorly everyone was at predicting the election outcome, one should exercise caution when predicting the country’s future. Nonetheless it is possible to outline a few likely scenarios.

Future #1: Hubris and the Fall

The first scenario sees the rise of Bidzina Ivanishvili as yet another episode of one strong leader’s overthrowing another to come to power in Georgia. In this account, charismatic personalities rather than institutionalized politics are the core ingredient and political parties are little more than temporary coalitions forming around an individual, only to melt away when he falls from power. The charismatic Misha Saakashvili swept into power in the 2003 Rose Revolution that drove Eduard Shevardnadze from office, and Shevardnadze, in turn, was viewed as the only strong leader who could deal with Georgia’ chaotic scene in 1995.

In this account leaders start out with unrealistically high expectations, but the seductions of popularity and power inevitably lead to hubris and eventual downfall. It’s a kind of repetitious Willie Stark story (All the King’s Men is favorite novel of some Georgians) with breathless ascent followed by cataclysmic fall. When he was first elected as president in 2004, Saakashvili himself recognized that his lopsided victory (96% of the vote) was an unrealistic indication of popularity, but he and his inner circle found it hard to elude the temptations it entailed.

At the same time it is worth noting that Saakashvili and his inner circle left major accomplishments behind. Among these are impressive additions to the country’s infrastructure and putting an end to much of the petty corruption that had pervaded everyday life. On a recent trip from the capital Tbilisi to Georgia’s second city Kutaisi, I was driven along a beautiful new freeway instead of bounced along a pot-holed asphalt strip as I had been a decade ago. And the highway patrol was out in force to monitor speeders and help with fender benders—all in a normal professional way.

But in the end Saakashvili and his young followers saw themselves as having infallible insight into the country’s problems and rode roughshod over those who questioned or criticized them. The biggest casualty in all this was the judicial system. With the help of assistance from international organizations many bright young prosecutors and judges were educated in the post-Soviet years, but during his administration the judicial system came under control of Saakashvili and his team. They justified this by saying it was required to pursue their “zero tolerance” approach to crime, which did indeed produce a much safer society. But this came at the cost of eviscerating the judicial system. By 2010 the conviction rate in the Tbilisi City Court was over 99%, meaning a threat from a government prosecutor was as good as a massive fine, property forfeiture, or jail time, and this made intimidation of political opponents all too tempting.

This abuse of power resulted in the most sensational event leading up to the October election: the release on YouTube and subsequent television broadcast of a video of Georgian prisoners being abused, including one male prisoner being raped with a broom handle. The release of the video was clearly part of tough, if not dirty politics by political operatives acting against Saakashvili, but his government could not deny the authenticity of at least some of the videos, and the damage was done. A storm of protest broke out in Georgia, led by students who came out into the streets in numbers not seen in many years.

On a recent trip to Georgia I was told by many that they had been hearing for years about torture in the prisons, but the videos proved to be a tipping point in public opinion and served to crystallize the growing impression of the arrogance of the Saakashvli government. Georgians became convinced that they were watching how power corrupts and absolute power corrupts absolutely. As a university student in Tbilisi told me, “Sometimes when someone is in office for eight or 10 years, they forget what is best for the country and become arrogant.”

This first scenario of Georgia’s future does not inspire optimism. Fears that the next leader will follow the same script emerged almost as soon as the elections were over. With little sense of irony, supporters of Saakashvili started complaining that Ivanishvili thinks he knows better than anyone else what is best for Georgia and is not listening to the people. Time will tell how this plays out, but one of the more interesting twists in Ivanishvili’s path to victory was his promise to leave the position of prime minister in a year or two and go into some kind of opposition. This unprecedented idea is hard to fathom in Georgia—or anywhere else in the world for that matter, but it does suggest an awareness of how power corrupts.

If the first scenario involves a universal story of hubris, the second is specific to Georgia. For centuries it has been at the crossroads of civilizations, and this has often meant invasion and occupation by bigger powers. At one time or another the territory of modern Georgia has seen incursions by Mongols, Arabs, Persians, and Turks, and for the past couple centuries Russia has played this role. From the early nineteenth century to the breakup of the USSR, Georgia was part of the Russian Empire or its Soviet successor, and its 2008 war with Russia provides a reminder that the Georgia-Russia relationship is still not a settled matter.

Of course rational calculations of geopolitical positioning are involved in all this, but it also heavily influenced by the historical self-understanding and cultural DNA of Georgia. In particular, Georgians’ interpretation of events depends heavily on a national narrative that guides their view of their nation’s place in the world. This narrative tells of survival in the face of external threat, often influenced by internal struggles over what it means to be Georgian, and it includes various chapters telling of heroic and some not-so-heroic figures. Every Georgian knows, for example, the story of twelfth century King David the Builder who united the nation and protected it from external enemies. The continuing resonance of this heroic figure is reflected in references by some of Saakashvili’s admirers to “Misha the Builder.”

Georgians also know of other historical figures who were duped or even traitorous. Perhaps the prime example of miscalculation is King Irakli II, who signed the Treaty of Georgievsk in 1783 that led to Georgia’s becoming a protectorate of Russia. Interpretations differ over just what the intent and agreement were, but the bottom line is that it led to two centuries of being part of the Russian, and then Soviet empire. To Westerners this might seem like ancient history, but Georgians often live according to William Faulkner’s rule: The past is never dead. It’s not even past.” In this context the widely known “200 years of occupation” story continues to provide a cautionary tale of what could lie ahead.

As a result, allusions to patriotism are very loaded in Georgia, and in the recent campaign Saakashvili and his supporters tried to play the patriotism card against Ivanishvili, a man who made most of his multi-billion dollar fortune in Russia. With the Georgian national narrative always lurking in the background, Ivanishvili may be hemmed in when dealing with Russia in ways that Saakashvili was not. The latter had notoriously caustic relations with Vladimir Putin, and a major challenge for Ivanishvili will be negotiating a new approach while living in the shadow of an underlying narrative template of his country.

In contrast to the somber views of the first two scenarios I have outlined, a third possibility is more optimistic, and the good news for Georgia is that it is espoused by young people who will someday lead the country. My impressions on this score were shaped by a recent discussion with young college students (18 to 20 years of age) at Free University in Tbilisi, Georgia’s most prestigious private institution of higher education. These young people are smart, energetic, and ambitious, and they are anxious to find a new way forward for the political life of their country. As one of them said in her flawless English, “We are fed up with the old politics of radical opposition here.”

All the students were outraged and clearly shaken by the prison rape videos, with one young man noting, “Georgians are an emotional people” when explaining the explosion of protest over the torture. These students differed over many other issues, including Ivanishvili as prime minister, but on one thing there seemed to be consensus: several stressed that the future of Georgia required more moderate and civil discourse than they had witnessed in their young lives. Several of these future leaders insisted that their generation would do better at addressing tough issues by engaging in critical debate, but debate not crippled by the rancor and Manichaean opposition so characteristic of past decades. As one told me, “We are the right generation because we see the bitterness of what has happened but we are not trapped by it.”

The future of Georgia will probably be some combination of the three scenarios I have mapped out, but the first two are dangerous alternatives that always lurk in the background ready to spring to life and infect Georgian politics once again. This is not only because they reflect bad habits from the past but because they are grounded in such great narrative plots about heroism and tragedy. Aristotle told us that we are story-telling animals, and Georgians are some of the best story tellers I know, so the temptations in this regard are very real. But if the inspiring young college students I met in Georgia are any indication, the country may have a chance of getting beyond the traps of the past.