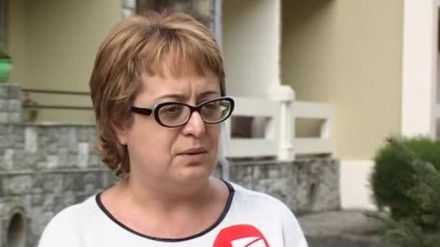 Khatuna Lagazidze has asked the government for protection for herself and her family. (ghn.ge)

TBILISI, DFWatch–Political commentator Khatuna Lagazidze is leaving opera singer Paata Burchuladze’s party. She expresses concern about her own safety and asks the authorities for protection for herself and her family against ‘criminal elements’ in the party.

The reason why she made such a decision was that Burchuladze, famous operatic bass, as she puts it, betrayed the party when joined with former UNM members, and recently published electoral list was a proof to that.

Now she says she is in danger and wants government to protect her and her family ‘from them’ referring to the new allies of the Burchuladze party, ‘State for People’.

The opera star was joined by a coalition of three minor parties on August 18, including political groups of Giorgi Vashadze and Zurab Japaridze, United National Movement dissenters.

“Me and my family members are under serious threat from them, which is why I address law enforcement bodies to provide us with security at least in a period before election,” she added, providing no further details.

She said that electoral list of the coalition led by Burchuladze is formed exclusively by its allies and no room left for members of State for People party members, even those who stood with Burchuladze shoulder-to-shoulder since its inception.

“The party had the only formally responsible body – the board – and out of its four members only Paata [Burchuladze] is in the list. Where is his team?” she said.

Burchuladze announced about creating the new bloc on August 18 with Girchi, New Georgia and New Rights Party, after which one of its leaders and a popular journalist, Merab Metreveli, left the party.