Assessment of the election campaign so far

Assessment of the election campaign so far 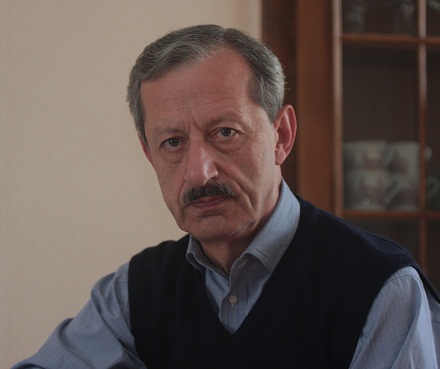 Legal expert Vakhtang Khmaladze says there is a double standard in the way the rules have been applied.

TBILISI, DFWatch – The international community has begun to assess the election period in Georgia. Their comments focuse on the government’s fining of Georgian Dream coalition members and seizing their bank accounts.

As they see it, such actions restrict the coalition from participating in the election campaign for the parliamentary election on October 1.

The government claims that Bidzina Ivanishvili’s lobbyists provide international organizations with incorrect information and that the government has acted in accordance with the law.

Experts speak about two problems in this case. Ramaz Sakvarelidze, professor at Tbilisi State University, says that on the one hand, the problem is that the government passed many legislative amendments after the billionaire Bidzina Ivanishvili said he would go into politics. By using these amendments, the government is harassing the Georgian Dream coalition. On the other hand, the government uses those legislative regulations according to double standards, and these new strict campaign finance rules are used only against Georgian Dream.

Most of the election legislation was amended in December of 2011, two months after the businessman made up his mind to enter into politics.

One of the changes was that a foreign citizen no longer has the right to finance a political party or process in Georgia. If a non-citizen donates money to a party, it is considered an illegal donation and there will be applied sanctions.

Both individual persons and companies had a right to donate to a political party before December 2011. After Ivanishvili went into politics, companies were completely restricted from donating to political subjects.

“Those are prohibitions enforced by law. Let’s leave out whether they are fair or not. Now the main problem is that the government is using the regulations illegally,” says legal expert Vakhtang Khmaladze.

He explains that during the last few months, the government has enforced the new tough sanctions against persons who are related to parties within Georgian Dream.

Khmaladze says there is a double standard in the way the rules have been applied. While the Financial Monitoring Service of the State Audit Service is permanently checking Georgian Dream, the Ruling Party is never checked.

The ruling party has increased its own budget by 14.4 million lari or USD 8.73 million for the last seven weeks, which is nine times more than Georgian Dream coalition received in donations, he says.

As an example there is a company Georgia is not Being Sold, which was set up in July. It is supporting government but also works for them. The company received nearly USD 200 000 as donation from six persons. 60 000 from Gia Getsadze, who used to be governor of the Imereti region and the Deputy Interior Minister. Now he owns lobby company.