Another hailstorm wipes out crops in Georgia

Another hailstorm wipes out crops in Georgia 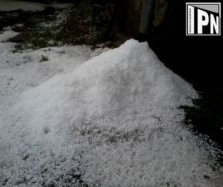 TBILISI, DFWatch – Another storm hit the former Soviet republic of Georgia Sunday in what has become the most stormy year in recent memory. The storm completely or partly destroyed the harvest in villages in a number of regions in the east of the country.

Some villagers say they do not remember such a disaster for the last 40 years and request compensation and assistance from the government.

A storm hit regions affected during a previous storm on July 19. Now, half of the harvest was destroyed in Gurjaani, Lagodekhi and Kvareli regions.

“The hailstorm started at 10 pm and lasted just ten minutes. Crops, peppers, cabbage, eggplant, beans and other [crops] were hit by hail stones, also vineyards,” Emzar Piranidze, Government official from the Kakheti region told Information Center of Kakheti (ICK), adding that the exact extent of damage will be known today. 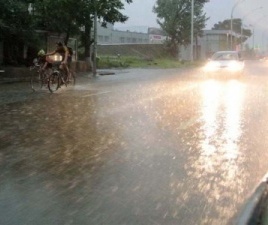 The majority of families have bank credits for their harvest so they are in a difficult situation now as they have to pay their mortgages while the harvest is almost completely destroyed.

Meanwhile, the population in the regions are queuing in front of local bank branches to pick up their compensation for damages suffered in July, when some people were even left without houses and 100 percent of their harvest. The government divided them into several categories and started handing out compensations ranging from 300 to 1 500 lari.

However, ICK today reports that some families claim they didn’t receive compensation because their names are missing from the list. About 40 villages were affected in the July storm. The cleanup work lasted for weeks and involved employees from the defense and interior ministries.

“I was suffered 100 percent loss and I haven’t received money. In the village council they told me that my documents weren’t at their office and registered me with my passport numbers. Many people disputed and came at the council; some planned to appeal, people are freaking out,” says Gela Chubinidze, who lives in the village Velistsikhe, quoted by ICK.

Yesterday’s storm hit the capital too, as basements and first floors of houses were flooded in some districts of Tbilisi. Some citizens reported about damaged surface of their cars because of the hail stones. There were traffic jams as water flooded the streets.