Analysis of 2012 State Budget and Elections

Analysis of 2012 State Budget and Elections 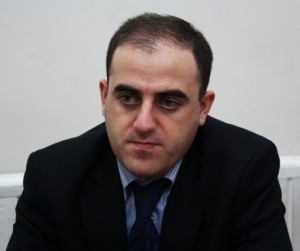 Georgia’s 2012 budget is significantly different from the 2011 budget due to it being an election year. The expenditure part of the budget is particularly interesting. There are several expenditures which directly or indirectly aim to increase voters’ content, and this will eventually assist the authorities in gaining more votes in the elections, writes Davit Narmania, executive director of Caucasian Economical and Social Research Institute.

A budget needs to be clear, detailed and transparent. It should describe what activities are planned and how they will be funded. The 2012 budget is markedly lacking in this regard and unlike the 2011 budget, details about expenditures are expressed only formally. While the 2011 budget contained about 3 000 various details, there are only 1 500 clarifications in the new budget. The draft budget worked out by program budget format provides information about general events, and the amount of concrete program funding is not clarified. Several programs, which were launched in 2011, will be expanded in 2012, and their budget is exposed only in one figure.

The authorities, skilled within certain budget issues and election technologies, try to hide expenditures which will be considered usage of administrative resources during elections. The 2012 budget does not contain information about expenditures of the previous year, in order not to compare the election year 2012 with the non-election year 2011. Despite similar difficulties, the “tricks” of the government to gain more votes during the elections is clearly detected when comparing the 2011 and 2012 budgets.

Interesting Expenses in Relation with Elections

One example of increased expenditures in relation with the elections is funding of regional infrastructure, which is mostly funded by loans abroad: 153 million GEL out of 193 million GEL. This includes funding of regional and municipal infrastructure, which is six times bigger than it was in 2011 and 80% of it is funded by loans. Infrastructure projects are a good trump for the government. Traditionally, candidates of the ruling party attend opening ceremonies of infrastructure projects, which are actively broadcast by national TV channels and are visible stocks for the ruling team.

By 2012, the budget of the Village Promotion Program was increased by 10 million GEL and amounted to 50 million GEL. Local (village) needs are funded from this program mostly. The funds for projects to be implemented in the regions of Georgia was increased threefold and made up 297 million GEL. On the one hand, those funds will be spent on infrastructure rehabilitation, and on the other hand it will be a good instrument for the ruling party to gain political dividends by attending opening ceremonies of infrastructure and various projects (we have already witnessed similar precedent, the President opened hospitals throughout Georgia within the framework of election campaign).

In 2012, the funds for various social programs will also be increased, including the pension funds and various healthcare programs. Particularly, from September, 2012, the amount of pensions for retired people of different ages will increase and it will amount to 140 GEL in comparison to current 125 GEL. Thus, the amount of annual pension budget will increase from 907.8 million GEL up to 1 072. 5 million GEL. From September 1, 2012 the allowances within the framework of the Social Packet will be also funded in accordance to the government’s resolution. Concrete details are not known yet and apparently, it will be pre-election surprise.

In 2012, expenditure funds for agricultural programs will also increase that will amount to 25 million GEL in total. Part of that is intensification of agricultural production, which aims promoting development of nursery and storehouse farms. Viticulture and winery funds will also increase, which will be mostly spent in the fall of 2012, just before the scheduled elections.

By 2012, the two funds of the president and the government will again receive 50 million GEL each. Although the funds are not increased, faulty mechanisms of expenditure were in fact not changed. This means that because of previous practice, the activities directed at the direct bribery of voters will be funded from the president’s and the government’s funds.

Throughout 2012, financial institutions funded from the budgets of the Georgian state, Abkhazian Autonomous Republic, Adjara Autonomous Republic and local self-governmental entities will be authorized to increase allocation of salary funds no more than 1/12 of the approved allocations envisaged under the same article. A similar principle of increase continues like previous years, though we have some changes too. Due to past experience, we can suppose that more personnel will be recruited during the pre-election campaign as it happened in the past.

Other Interesting Expenses and Facts

There is unclear expenditure in the 2012 budget. Something called promoting efficient functioning of state governmental agencies is being funded with 10 million GEL. Similar expenses were not envisaged in last year’s budget. Besides that, 500 000 GEL is allocated for state awards. This program was not funded either last year.

One more initiative, which was not reflected in the budget and it is unclear how the government will fund it, is: state funding of TV advertisements for political parties, which was initiated by the Chairman of the Legal Committee of the Parliament on January 27, 2012.

The Ministry of Finance did not approve program preparation principle of local budgets that is also significant and related with the elections. Thus, the Minister of Finances breached the requirements of the Georgian Budget Code and resolution # 284 of the government of Georgia, issued on March 10, 2010, which obliged him to approve this type of budget. We petitioned the Ministry of Finance to clarify this issue, though now six months have passed and they still have not replied. This goes to prove that the transparency of local budgets was sacrificed through a political decision. Otherwise, the Minister of Finance should have been strictly punished for similar violation.

Increase of Central Election Commission (CEC) funding is a fair decision. 12.4 million GEL from 2011 was increased up to 39. 6 million GEL in 2012. The funds for election operations were particularly increased (total 26.9 million GEL), that shall be spent on monitoring of election lists, financial and technical maintenance of elections, advertising campaign and media monitoring. Elections cannot be organized without those procedures. However, effective public control (monitoring) is more important than expenditure efficiency.

Finally, when the government funds long-term activities and implements the public order, the budgets of election and non-election years must differ only with election administration expenses. The 2012 budget was not drawn up based on this principle and aims to assist the ruling party in gaining political dividends.