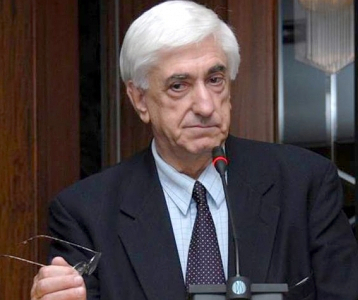 Rondeli, who was head of the Caucasus Institute of Peace, Democracy and Development, died at the age of 73.

He was a doctor of geography. In 1991-1996, he headed the department of international affairs at Ivane Javakhishvili State University. From 1997 to 2001 he was director of Foreign Policy Research and Analysis Center at the Foreign Ministry. He was invited to be a professor at Emory University in the United States in 1991 and later at Mount Holyoke College in 1995, further at Williams College in 1992, 1995 and 1997.

Rondeli was often used as a commentator by international media.

The American embassy to Georgia expressed its condolences in a short statement.

“Ambassador Norland and the entire staff of the American Embassy in Tbilisi join the friends and family of Alex Rondeli in mourning the loss of this distinguished scholar of international affairs. Generations of Georgian students, researchers and diplomats, as well as their counterparts in America and around the world, have benefited from his insights, wisdom and humor.”