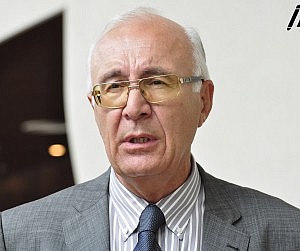 TBILISI, DFWatch–On Thusday, Georgia and Russia resumed their economic and humanitarian talks after a four-month break.

The main topic was an agreement to regulate the trade and customs, which was signed in 2011.

Another topic was the possibility of reopening the Abkhazian railway. According to Abashidze, his Russian counterpart that if Georgia is interested in renewing the railway operation, they have to negotiate it with Abkhazians.

The railway connection between Russia and Georgia was closed in 1990s during years of war and turmoil. It is one of two rail links Russia had to the South Caucasus and countries further south, like Iran. The only alternative line, through Azerbaijan, runs through North Caucasus republics where the security situation makes it dangerous to use.

In the election campaign in 2012, Bidzina Ivanishvili, the godfather of the current government, promised that the Abkhazian railway will be reopened. According to him, reopening the railway would guarantee easier access to Russian markets for Georgians and Abkhazians, and is a necessary step to ensure economic growth.

His main opponent, Mikheil Saakashvili think reopening the railway and negotiating with breakaway Abkhazia would mean that Georgia officially recognizes it.

The meeting in Prague happened after a four-month break which overlapped with Russia’s intensified policy in the breakaway regions of Abkhazia and South Ossetia. Russia has signed highly criticized treaties of ‘alliance and partnership’ with these regions, which are perceived as an annexation attempt.

Abashidze told Russian RIA Novosti before the meeting that Russia should not be worried about Georgia’s cooperation with NATO, because Georgia’s NATO accession will not happen any time soon. “I think we should try to remove this emotionally charged background. It’s not worth looking for additional reasons for further complicating already difficult relations,” he added.

This statement, as well as this talk format in general, was strongly criticized by the National Movement. Its MP Goka Gabashvili told media that the government is damaging the national interests of Georgia by stating that NATO is not a near-future plan and by talking about potential dialogue with the separatist regions.

EU, the US and the OSCE are also present at the Geneva negotiations as observers, while the Abashidze-Karasin talks have a tete-a-tete format.