A monk’s mysterious disappearance in Abkhazia

A monk’s mysterious disappearance in Abkhazia 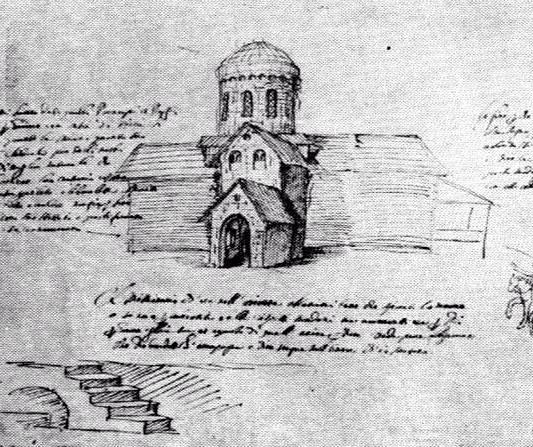 Ilori Church in Abkhazia, to where monk Ilona is said to have been bringing construction materials.

TBILISI, DFWatch – The de facto head of the Abkhazian church Besarion Aplia confirms that a Georgian cleric was arrested in Abkhazia a few days ago.

Aplia says the Georgian cleric didn’t have his documents in order. Georgia discussed this issue on Tuesday during a regular meeting in Gali within the frameworks of the incident prevention and reaction mechanism, but talks ended without any tangible results, according to Shota Utiashvili, head of the Georgian Interior Ministry’s analytical service.

The news that the Georgian monk Iona, or Mamuka Maisuradze, went missing was released a few days ago. He is from Gali origins, an area in the south of Russian- controlled Abkhazia, bordering Georgian-controlled territory. People living in Gali are mostly of Georgian origin. Monk Iona has been engaged in religious activities at the Trinity Cathedral (Sameba) in Tbilisi for the last two years. Other clerics started suspecting that he had been arrested in Abkhazia, because four days ago he went there, but then they lost touch with him. Only in the last few days has this information been officially confirmed.

The other clerics say he has gone to Abkhazia before without any problems.

A few days after he left, Georgian TV companies reported, based on information from one of his relatives, that he had been arrested in Abkhazia and that someone had demanded a 100 000 US dollar ransom.

According to the relative, Iona wanted to bring building material for the restoration of Ilori Saint George Church. 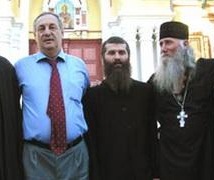 The head of the Abkhazian orthodox church, Vissarion Aplia (right), confirms the arrest of a Georgian monk who disappeared in Abkhazia, but says it is only a rumour that someone has demanded a ransom.

Ilori Saint George Church, which was built in XI century, is a Georgian historical monument, located on the territory of Abkhazia. Recently, there is information that the monument has lost its historic face as a result of the so-called restoration conducted by Russia.

Georgia and Abkhazia confirmed the arrest on January 30.

Besarion Aplia, de facto head of the Abkhazian church, who doesn’t obey the Georgian Antioch by violating sacred rules, stated that ‘he is arrested and currently detained. Monk Iona was arrested because he didn’t have his documents in order. As for the information spread about the ransom, these are only rumors. Currently we are trying to learn more detailed information.’

Later Davit Jalagania, deputy Georgian Foreign Minister stated that the government also knows that Iona has been arrested, but neither the Foreign Ministry nor the Interior Ministry have detailed information about it.

After the meeting in Gali, Shota Utiashvili says that there is no news regarding this issue.

“The representatives from Abkhazia told us that they don’t have the arrested monk. They also stated that in case he is kidnapped, they will try to find him and provide us with the information. We will keep in contact regarding this issue,” he said.